Reinstate our headteacher – AUGUSCO Board to GES

The Board of Governors of St Augustine’s College, has asked that the interdiction of the school’s Headmaster, Joseph Connel, be reversed following a Ministry of Education’s investigation establishing that he charged unapproved fees.

The Board has argued that Mr. Connel’s interdiction on October 14 was not premised by the investigations anchored in proper procedure.

The Board in a letter addressed to the Ghana Education Service (GES) said it had noted a number of flaws in the whole process including the procedure for the interdiction; the date and time of interdiction, date and time of the investigation and a breach of natural justice.

The Board also questioned why the Central Regional Director of Education would exempt himself from the emergency meeting that interdicted Mr Connel adn instead chose to  nominate someone to represent him on the Board of the investigative committee.

The letter thus said, “In view of the above the Board of Governors having considered the issues mentioned Supra, is of the opinion that the interdiction of the Headmaster was done and not premised on needed investigation as natural justice and request that it should be reversed.” 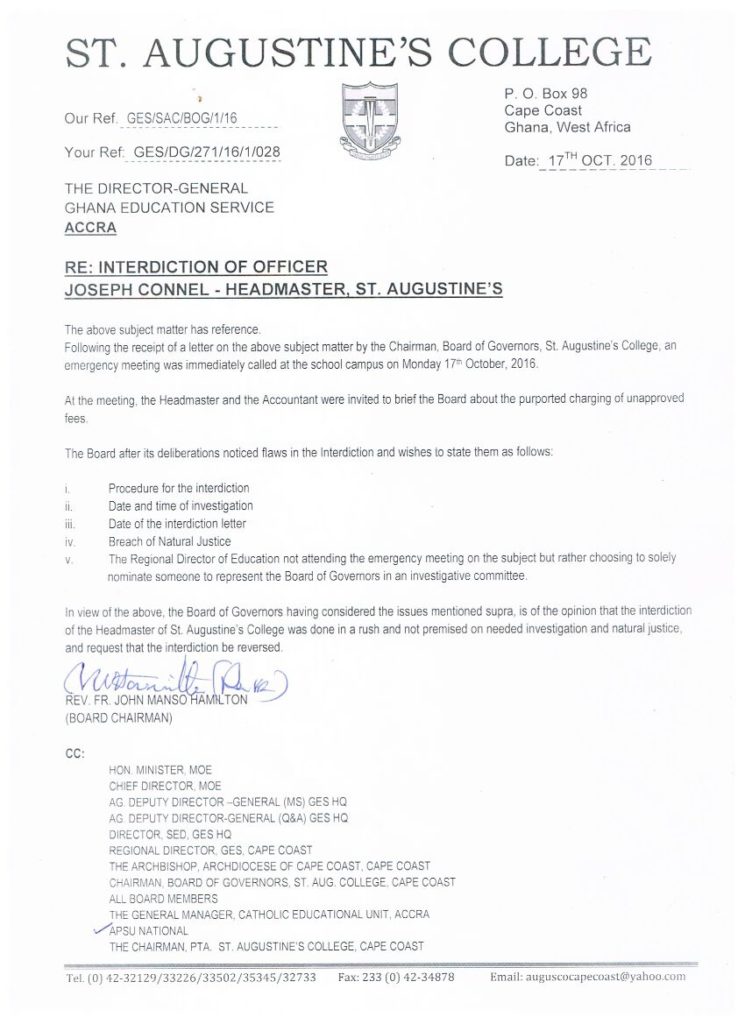