Various Political Parties in the Upper East Region on Sunday, October 30 embarked on a peaceful march to campaign for peace ahead of the December polls.

Residents and supporters of the National Democratic Congress (NDC), the People’s National Convention (PNC), the New Patriotic Party (NPP) and the Progressive People’s Party (PPP) took to the streets amidst drumming and singing peace songs during the march. 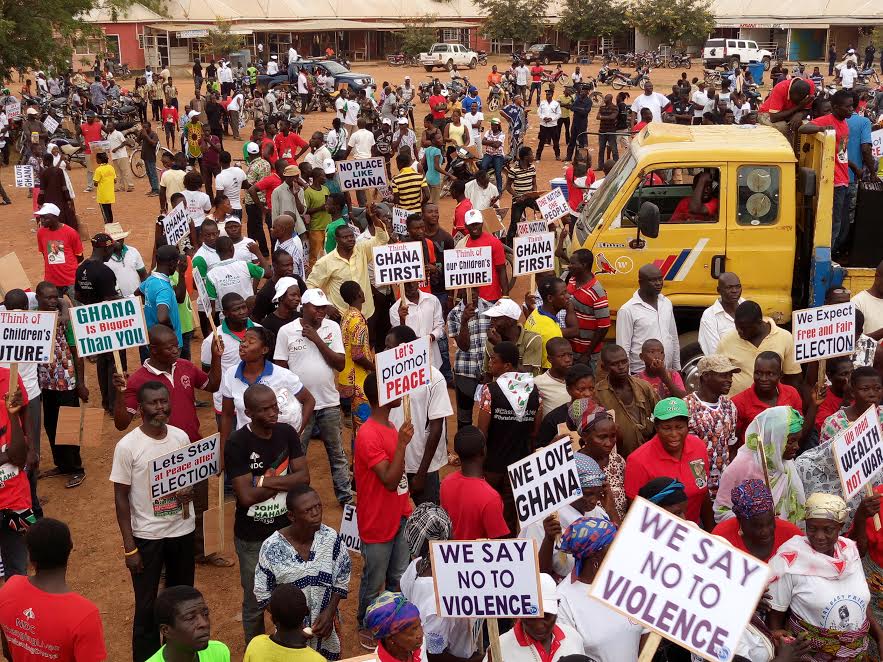 The peaceful match started with a procession of participants from the NAFAG grounds through the principal streets of Bolgatanga with placards appealing for a peaceful election.

Some inscriptions on the placards included but not limited to; Let’s stay at peace before, during and after election, Peace is the foundation of development, we expert free and fair elections, Ghana is Bigger than any political party or politician among others.

Speaking at the occasion Upper East Regional minister who doubles as the chairman of the regional security committee,  Albert Abongo urged the youth to eschew violence. 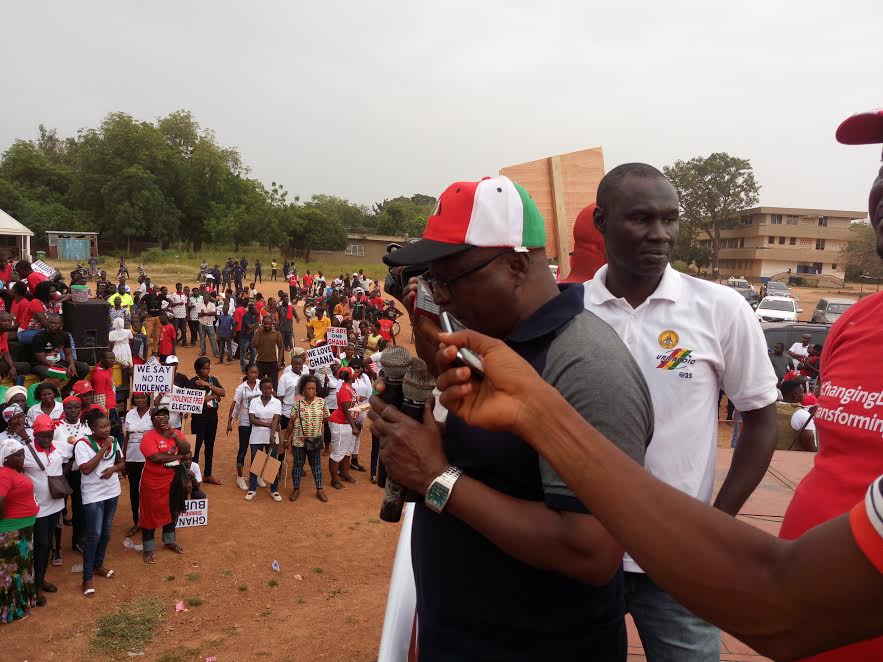 “We need to demonstrate that in an election year, we will not be fighting each other just because of politics and am happy that most political parties have joined this campaign geared towards a peaceful election. The people of the North should identify ourselves as one people irrespective of the different political parties we belong. Let us have peaceful elections that will usher us into a peaceful 2017.”

The elder brother of President John Mahama,  Alfred Mahama admonished to refrain from insulting, threatening and fighting one another because of the ballot.

He impressed on Ghanaians to promote tolerance and desist from doing anything that could mar Ghana’s democracy before, during and after the December polls. 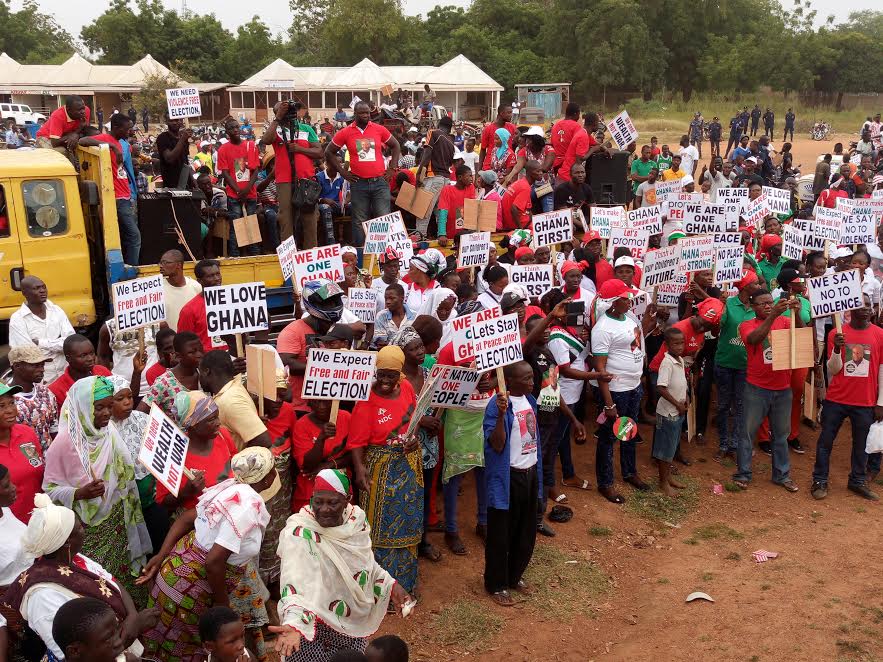 Spokespersons of the NPP, PPP, and PNC admonished the general public and their followings to conduct themselves lawfully and work in synergy for a peaceful election.

They also urged the Electoral Commission to conduct a free and fair election, adding that, Ghanaians should accept the winner of the elections.