The governing National Democratic Congress (NDC) and the opposition New Patriotic Party (NPP) have picked the third and fifth spot respectively on the parliamentary ballot for the upcoming parliamentary elections.

Seven (7) political parties were present at the Electoral Commission (EC) on Thursday to ballot for their spots on the parliamentary ballot paper. 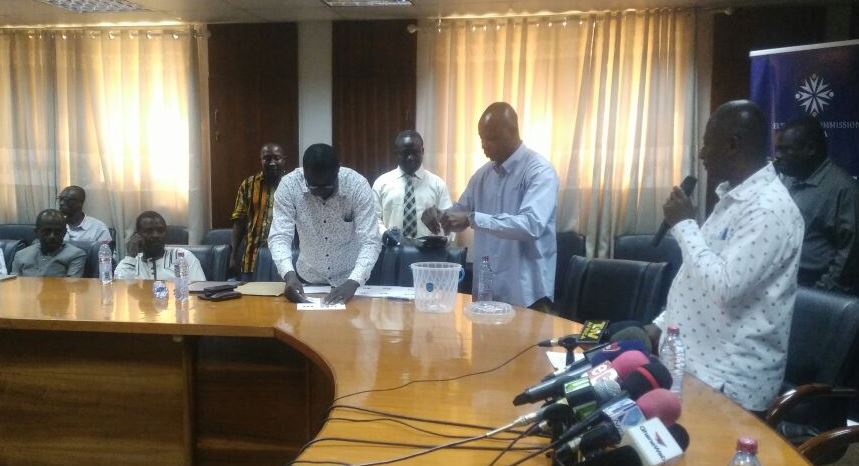 According to the Commission, parties who were absent for the balloting will be allocated their positions in the order of their time of filing for the presidential nominations.

Balloting for the independent candidates in the parliamentary elections will be done at the various district offices.

The Great Consolidated Popular Party (GCPP) will be first on the ballot followed by the Progressive People’s Party, second. 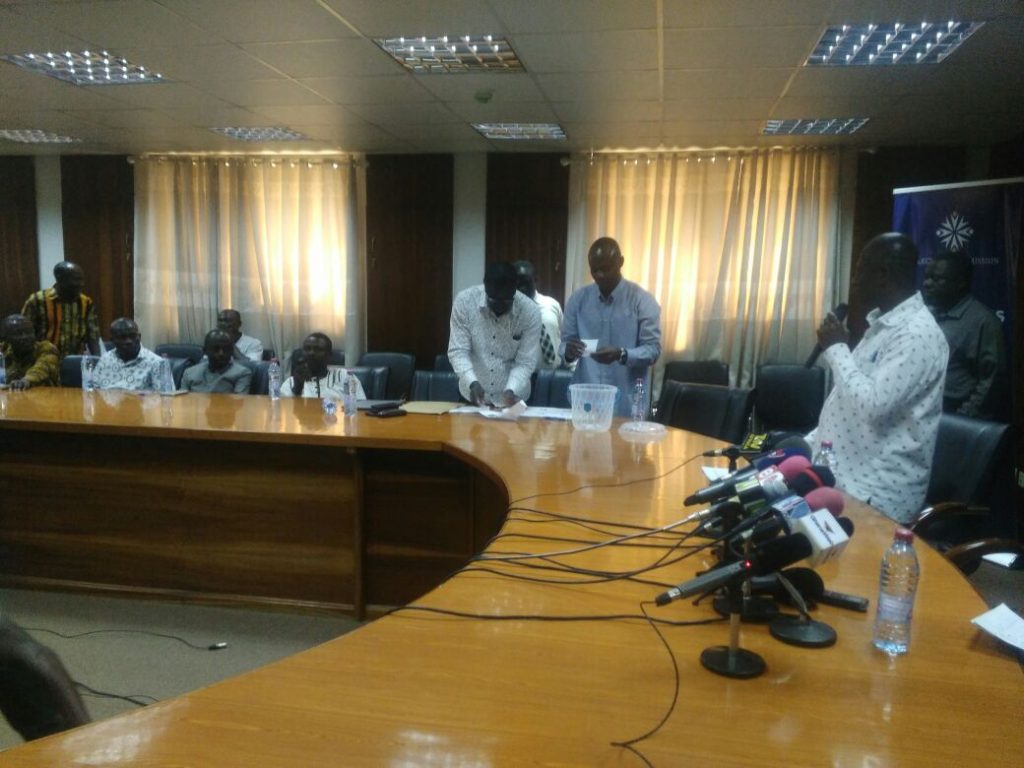 Parliamentary candidates for the Independent People’s Party will be seventh on the ballot on December 7.

It is however unclear when the positions for presidential candidates will be determined following the controversy surrounding the disqualification of 13 presidential aspirants which has resulted three lawsuits against the EC.

The Dr. Papa Kwesi Nduom-led Progressive People’s Party filed a lawsuit seeking an order of prohibition to restrain the EC from proceeding with balloting for position of presidential candidates for the 7th December elections.

The disqualified presidential nominee of the Great Consolidated Popular Party, Dr. Henry Herbert Lartey also filed an injunction suit seeking to stop all electoral processes ahead of the December elections.

The Flagbearer of the  National Democratic Party (NDP), Nana Konadu Agyeman Rawlings also sued the EC for disqualifying her from the December 7 general elections, adding the Attorney General to the lawsuit which is seeking an interlocutory injunction, prohibiting and retraining the Commission and its agents from going ahead with the balloting of presidential candidate until the court settles the matter.

I went to Nigeria to meet the man who scammed me