Nduom back in the race; floors EC in court

The Progressive People’s Party (PPP) has won its case against the Electoral Commission (EC), challenging the disqualification of its flagbearer, Dr. Papa Kwesi Nduom in Ghana’s elections.

An Accra High Court ruled on Friday ordering the EC to allow Dr. Nduom to make corrections on his nomination forms.

The ruling was marked by wild jubilation from hundreds of supporters who had thronged the court premises.

Citi News’ Fred Djabanor who was following proceedings in court on Friday said the judge sitting on the case, Justice Eric Kyei Baffour, ruled that the EC breached the regulation governing Ghana’s elections (CI 94) by not allowing Dr. Ndoum to correct the mistakes on the forms he submitted.

Dr. Nduom was disqualified from the presidential race along with 12 other aspirants after anomalies were sighted in their nomination forms.

At a hearing of this case on October 20, the court granted an application by the EC to abridge the time for the hearing of the injunction suit from going ahead with the processes to conduct elections in December. 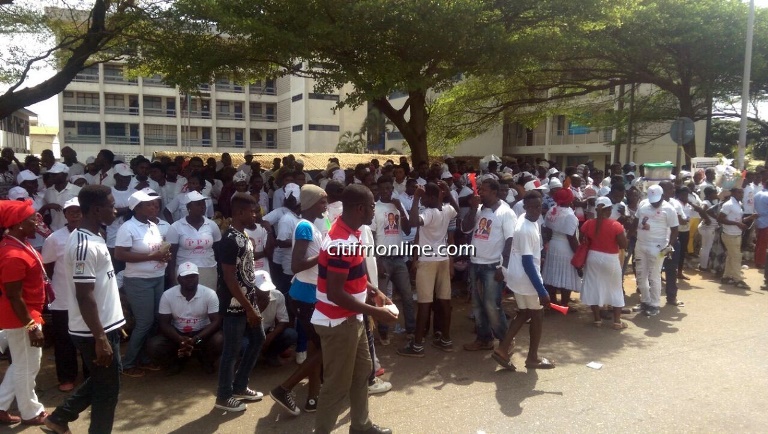 According to its writ, the PPP was seeking an order of prohibition to restrain the EC from proceeding with balloting for position of presidential candidates for the 7th December elections.

The plaintiff also sought an “order directed against the 1st Respondent in her capacity as Returning Officer for Presidential elections to grant the Applicant the opportunity to amend and alter the one anomaly found in his nomination papers as well as accept his nomination papers as amended or altered to enable him contest as a Presidential Candidate for the 7th December 2016 elections.”

The suit had Dr. Papa Kwesi Nduom as the exparte applicant, Charlotte Osei, the EC Chairperson, as the first respondent, and the EC as the second respondent.

Prior to this court action, Dr. Nduom met with the EC boss to get her to rescind her decision, but the meeting ended with no hope for the renowned entrepreneur who was making a third and last attempt at the presidency.

We’ll go to Supreme Court if…

Lawyer for the PPP, Oyikoi Otoo had earlier told Citi News’ court correspondent, Fred Djabanor that the party will head to the Supreme Court if the ruling did not go in their favour.

Obey your own rules – High Court to EC