My campaign is based on issues, not insults – Nana Addo

The New Patriotic Party (NPP) Flagbearer, Nana Akufo-Addo, has insisted that his campaigning ahead of the 2016 elections has been issue-based and devoid of insults.

According to Nana Akufo-Addo, this is in contrast to other aspirants who have made him the target of continuous attacks because they lack campaign messages.

[contextly_sidebar id=”tSO69GOU9Fv80qs49oCOsjHdjOGTZmdn”]The NPP Flagbearer made these remarks when he addressed a durbar of Chiefs at Kpone in the Greater Accra Region, where he stated that, all his attacks are against the records of his opponents.

He said that, “if you have been listening to me these last six months, I have talked of nothing but issues confronting the people of Ghana. I have never ever gotten myself involved in personal comments. My records are about the record of my opponents, and about their policies which I believe are not in the interest of our country.”

“That has been the position I have taken, and it will continue to be my position all through this campaign,” Nana Akufo-Addo assured.

Campaigning ahead of the polls has seen Nana Akufo-Addo condemn a number of attacks on his person by the governing National Democratic Congress (NDC).

He noted that President John Mahama during his campaign tour in the Western and Northern regions attacked his personality and his leadership style, describing him as a dictator and divisive.

But President Mahama has denied attacking the person of his main contender in the elections, insisting that Nana Addo and his team attacked him first.

According to him, he has rather endured name-calling and insults from Nana Akufo-Addo and the NPP over the years. 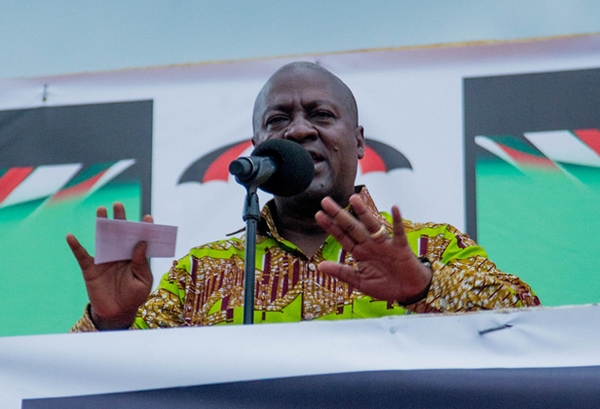 On Metro TV’s Good Evening Ghana in September, President Mahama said the criticisms against him were unfair since the NPP and its flagbearer attacked him first.

Media to pay for accreditation to cover elections – EC

‘We have a better case than PPP’ – APC