At the palace of the Juaben Hene, Nana Otuo Sirboe II, Mrs. Akufo-Addo asked for the support of the people for the change agenda of the New Patriotic Party (NPP), highlighting the one district one factory, free SHS, one village one dam and quality health and maternal healthcare as some of the NPP’s policies.

Mrs. Akufo-Addo reiterated the incorruptible nature of Nana Addo, adding that the country would prosper under his leadership.

Both Nana Otuo Sirboe II and the Queen Mother of Juaben, wished the NPP well, and tasked the party to honour their commitment to the people, if they form the next governement. 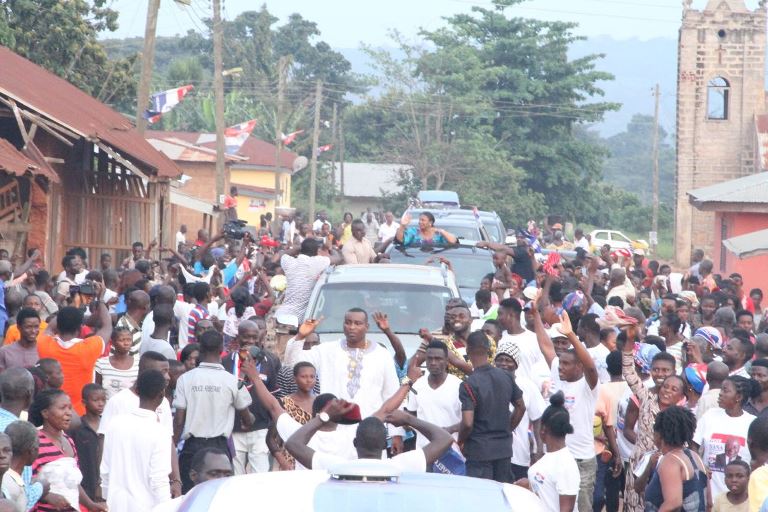 She was accompanied by Regional Executives, Parliamentary candidates, former Ministers and other party members.

Accept defeat if you lose else… – Mac Manu to Mahama

No president can execute vision within 4 years — Mahama