The first ever edition of Gospel Goes Classical live recording on the African continent was hosted at the Carnival City – Big Top Arena in South Africa last Saturday.

Southern Africa saw a female duo, Ntokozo Mbambo and Mahalia Buchanan as their representatives. All the artistes were accompanied by the 42 man JMI orchestra and the Tshwane Gospel Choir as they took their turns on stage.

A high point at the event was when Joe Mettle led the audience sing “Yi N’aye” in the Ghanaian local language, “Twi”. 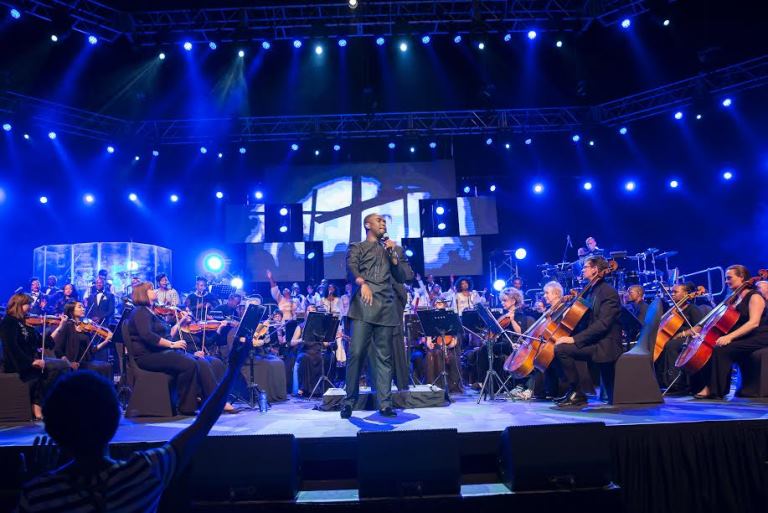 It was an amazing atmosphere, with thousands of people singing the chorus to the glory of God. Joe Mettle’s deep seated passion for singing as well as his vocal dexterity has indeed endeared him to many across the globe.

This was made evident when he mounted the stage with Donnie McClurkin who invited him to do a rendition of his hit song “Great is your Mercy”.

The entire stage and the over 3,500 capacity auditorium lighted up in a mix of worship and excitement while he sang his heart out. Videos of his performance have generated over 100,000 views on various Facebook handles including Donnie’s official page for the past two days.

Previous editions of Gospel Goes Classical have featured gospel greats such as, Jonathan Butler, Benjamin Dube and Rebecca Malope. The event is the brain child of Doctor Makhubele, owner of Dlophe Records.

Joe Mettle is also expected to perform at major events in Canada this November.

Show something else apart from Green book – Nana Addo to Mahama