All four parliamentary candidates in the Korle Klottey Constituency of the Greater Accra Region, have taken a selfie together in a rare show of unity between their respective parties in the area.

They put up broad smiles as they posed for the camera after a warm interaction earlier this week.

The four will be facing each other in a stiff electoral contest for the parliamentary seat. 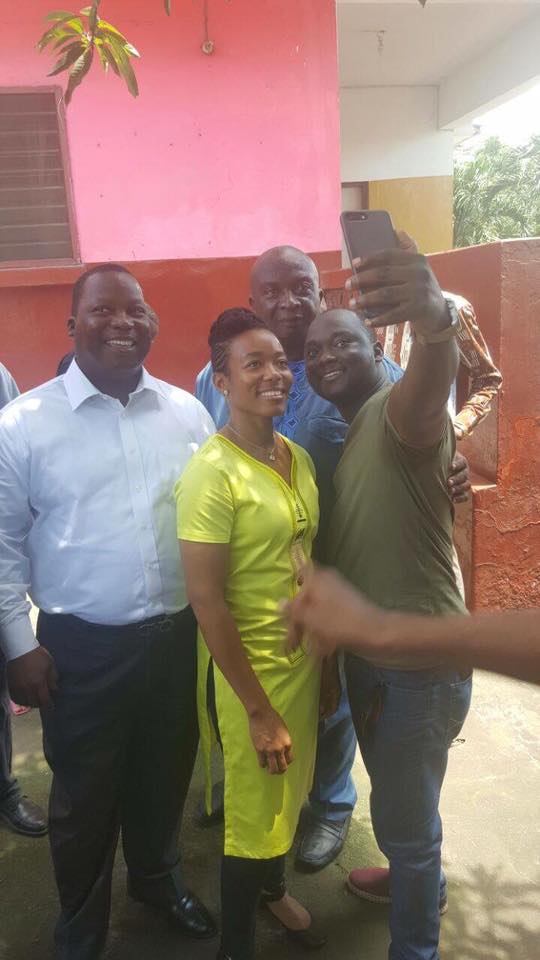 The photo of the quartet has received wide praises from some commentators on social media with some calling on other candidates in the various constituencies across the country to emulate it as a way of ensuring peace before and during the December polls.

A commentary on social media said it was a great example to follow to reduce the tension that clouds the country in the run-up to every election.

The Korle Klottey seat is one of the few constituencies in the Greater Accra Region that will be keenly monitored due to the unique dynamics and play of politics in the area.

The NPP’s Philip Addison became popular after leading his party’s legal team to challenge its loss at the the 2012 presidential elections at the Supreme Court.

The NDC’s Zanetor Rawlings is the daughter of Ghana’s former President and founder of the party, Jerry John Rawlings.

The Progressive Peoples Party (PPP)’s Parliamentary candidate for the area, Eva Lokko, was unable to submit her nomination forms as she died last week earlier in the USA while receiving medical care.

Rockson Kofi Bright of the Great Consolidated Popular Party (GCPP), and CPP’s Godwin Opare Addo are said to be making inroads in gaining support from the local people ahead of the elections.

Nii Noi Nortey, who fell out of the NPP after losing the primary in a controversial election, is also contesting as an independent candidate.