The governing National Democratic Congress’ (NDC)  constituency chairman in the Ekumfi in the Central Region, Ekow Esirifie-Buckman has defected to the opposition New Patriotic Party (NPP).

According to him, the incumbent MP and the party’s Parliamentary candidate for the area,  Abeiku Crentsil and the regional executives of the party rejected him for refusing to support the MP’s bid during the NDC parliamentary primaries.

“In the course of preparations towards the November primary,the executives on the side of the MP/PC did everything possible to disqualify Hon. Kuntu Blankson and Chief Binney, who were going to contest the MP/PC but I did not support their plans and so I became a threat to them therefore my name was mysteriously deleted from the voters register used for the constituency primary by whoever was responsible for the register such that I, the chairman of the party could not vote during primary.” 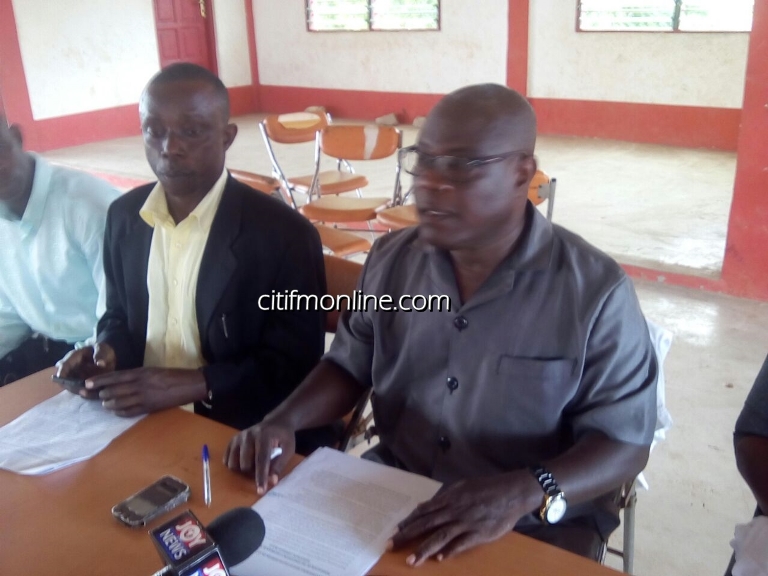 Addressing a press conference in his hometown Ekumfi Narkwa, Mr. Esirifie-Buckman said he is convinced that defecting to the opposition NPP will give him his peace of mind.

“It is clear that the party hierarchy, both in the Constituency and the Region are not comfortable with me and my chairmanship, so I, from today, with a heavy heart wish to apologize to my family, both far and near, friends, and the teaming party members, who reposed their trust in me for my decision to defect to the New Patroitic Party if that will give me the needed peace of mind,” Mr. Esiriie-Buckman said.

Mr. Buckman’s defection comes days after Awal Mohammed, the Deputy National Communications Officer for Zongo Caucus, the official wing of NDC in the Zongo communities announced his defection to the NPP.

Awal Mohammed who made the announcement in a press statement on Wednesday [October 5] was also a senior member of NDC communications team in the Ashanti Region.

He noted that his decision to defect from the NDC to the NPP was based on his “principles and convictions”.

He expressed disappointment the NDC did not state any policy to address concerns of the Zongo community in its recently launched manifesto.

NDC cares only about their ‘stomachs,’ not Northerners – Bawumia