Archbishop of Accra Diocese of the Catholic Church, Most Reverend Palmer Buckle read the communique

With barely two months to the December 7 polls, the Catholic Bishops Conference has unequivocally condemned reports of votes buying by some politicians.

The highest decision making body of the Roman Catholic Church considers vote buying as an insult to the integrity of the Ghanaian electorate.

“Such practice is an insult to the intelligence and dignity of the unsuspecting voters. We call for a stop to such acts of vote buying and also entreat the electorate to desist from yielding to such needless enticements.”

This was contained in a communiqué issued at the end of the Catholic Bishops Conference one week Plenary Assembly held in Tamale under the theme: “Reconciliation with God, humanity and nature in the year of mercy.”

The communiqué espoused that, “Participation in the political life in the light of fundamental moral principles is an essential duty of every Christian and of all people of good will.”

“We therefore encourage all registered voters to be vigilant as they exercise their franchise. To decide not to vote is to neglect your duty and run the risk of leaving others to decide your future for you”, the communiqué emphasized.

The communiqué also advised politicians to make realistic promises in their manifestos, and further urged political leaders to be decorous in the mass media and on their campaign platforms.

“Politicians should conduct themselves honourably and respect their opponents both in their utterances and actions. Politicians should realize that their political opponents are not their enemies; but neighbours who share different views”, the communiqué underscored.

The communiqué commended the Electoral Commission for the pragmatic measures put in place to ensure peaceful, free, fair and transparent and credible elections.

The communiqué reminded parents and guardians of their civic responsibility to discourage minors from voting just as it kicked against aliens’ participation in national elections. 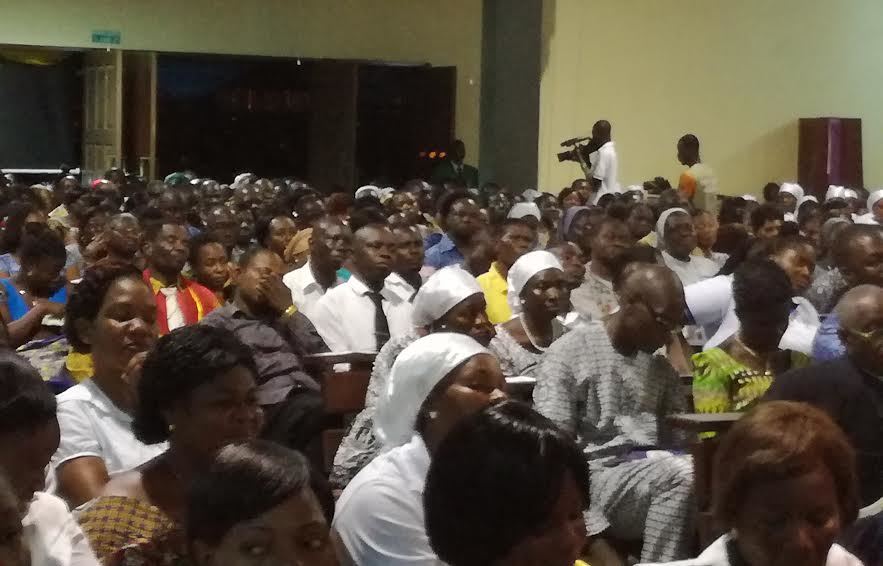 “In the same vein, we appeal to non-Ghanaians who registered for one reason or the other to refrain from voting.”

The communiqué implored the mass media to be guided by professional ethics especially on election coverage.

“We recommend that news about the elections should not be based on hearsay or prejudice. Information must be verified and the truth professionally ascertained. News stories should not be targeted at causing disgrace or embarrassment to personalities especially where it is clear that such reportage may trigger disaffection or incite violence”, it advocated.

Chiefs must be neutral

The communiqué condemned chiefs’ open endorsement of Presidential and Parliamentary hopefuls and challenged them to be neutral.

“We entreat our kings and chiefs to protect the integrity of their stools and skins by refraining from meddling in partisan politics to the displeasure of their subjects as if to say that the party they associate with or endorse is representative of their subjects’ choice as well.”

“Politicians and traditional leaders must work to foster peace and seek the integral development of Ghanaians rather than to divide them.”

It strongly scolded religious leaders who have openly predicted the outcome of the December 7 polls in favour of their preferred candidates.

“Religious leaders must be circumspect in their pronouncements and predictions on the outcome of the elections”, the communiqué opined.

The Catholic Bishops Conference overwhelmingly elected the Archbishop of the Tamale Metropolitan Diocese, Most Reverend Philip Naameh as its new leader.

He succeeded the Bishop of Mampong Diocese, Most Rev. Joseph Osei-Bonsu.

The Bishops’ Conference, according to the Canon Law of the Catholic Church (Canon 447-459), is the central Body of the Church in Ghana. Its purpose is to deliberate on matters of concern to the Church in Ghana; and to encourage activities in accordance with the needs of the times.