Big wigs of the incumbent National Democratic Congress (NDC), and top government officials have gathered in Parliament for the debate about President John Dramani Mahama’s Ford gift saga, after an early recall from their recess. 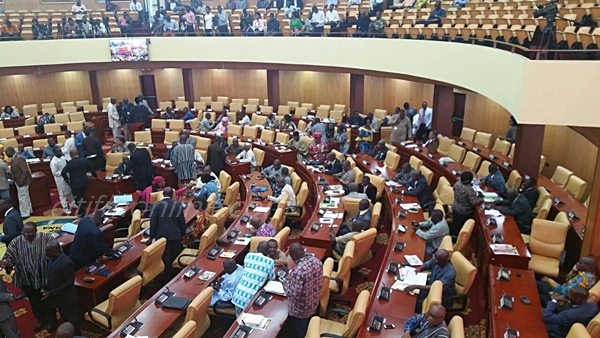 Citi News’ Richard Dela Sky, reported that virtually every top official who matters in the Mahama administration, is in attendance for the crucial debate.

Richard Sky, a veteran parliamentary correspondent described it as one of the biggest gathering of National Democratic Congress (NDC) big shots on a single day in Ghana’s Parliament.

Present in the House are the NDC General Secretary; Johsnon Asiedu Nketia, Chief of Staff; Julius Debrah and Minister of Trade; Ekow Spio Gabrah, among others.

On Saturday August 27, a circular from the Speaker of Parliament, Edward Doe Adjaho, emerged summoning Parliament to sit on September 1, in pursuance of Article 112(3) of the constitution and order 38(1) of the standing orders of Parliament. 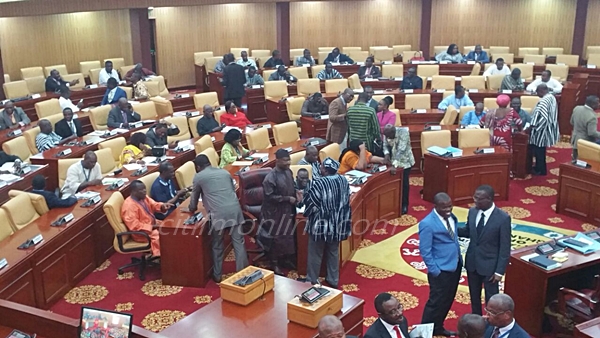 After some initial uncertainties about the reasons for the summons, it was later confirmed that the Minority had signed a motion to get Parliament to constitute a special Parliamentary Committee to investigate President Mahama’s acceptance of the gift.

President Mahama came under intense public criticism for accepting the Ford gift from a Burkinabe contractor worth about US$100,000 allegedly to influence him.

The contractor, Djibril Kanazoe, admitted giving President Mahama the Ford Expedition vehicle, for which the President called to thank him.

The gift, according to reports, was prior to an attempt by the contractor, to win a bid to execute the Dodo Pepeso-Nkwanta road construction project.

The same contractor had also been contracted to build a wall, at a cost of over half a million dollars, for the Ghana Embassy in Ouagadougou which has been flagged by Parliament’s Public Account Committee (PAC).

The Commission on Human rights and Administrative Justice (CHRAJ) indicated that it has initiated steps that could lead to an investigation of President John Mahama, following the receipt of petitions from the youth league of the Convention People’s Party (CPP) and another complainant, a private individual.

But President Mahama, in a letter signed by his lawyer, Tony Lithur, asked CHRAJ to dismiss the allegations of conflict of interest.

In the letter addressed to the acting Chairperson of CHRAJ, President Mahama held that, he was innocent of all the allegations leveled against him.