The Electoral Commission (EC) Chair, Madam Charlotte Osei, has said 2016 election will be the most fiercely contested and could lead to violence if not well managed.

According to the chairperson, the proliferation of illegal small arms and the rising levels of drug abuse and joblessness among the youth, is creating a fertile room for violence in this year’s elections.

[contextly_sidebar id=”LlrreMtwUvacDKp0z8AIKFbIGG8bm2tm”]“Reports conducted by the small arms commission in 2014 informed us that now over 3.2 million weapons are in Ghana and out of this, 1.1million is illegal. Again, statistics from the narcotic control board indicates a steadily high growing drug and alcohol abuse in Ghana. The most affected demographically is our youth population. Now we know that when we talk about conflict in election, the youth are most likely to be used.”

Madam Charlotte Osei also bemoaned the high levels of unemployment in the country saying it was a cause for worry.

“The World Bank has reported that, over 47% of the active population in Ghana is unemployed. This situates us right in the middle of Africa’s statistics of 50% being unemployed. This should be a cause for concern.”

The EC chair, who was speaking at a colloquium held in Accra to help reduce electoral violence in the December polls, called for public support.

“When we put all this together, it should be a wake up call for all of us”.

A Senior Political Science Lecturer at the University of Ghana, Kwesi Jonah, has also warned that political tensions in the country could shoot up in an unusual manner in the run-up to the December elections. 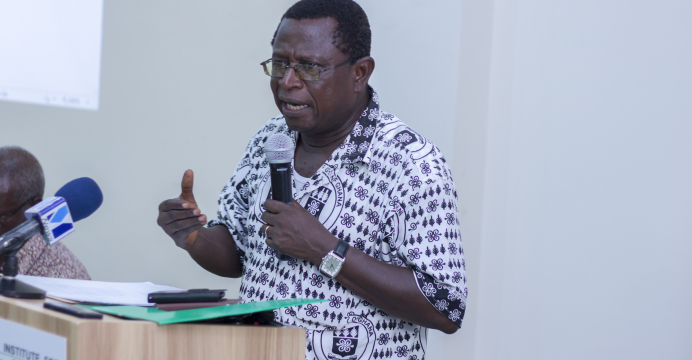 According to him, the danger lies in whether or not the eight year power alternation between the NDC and the NPP which has been the norm in the 4th republican dispensation, will be challenged this year.

Speaking at a workshop in Sogakope organised by the Ghana Institute of Journalism with support from the US Embassy, he said these dynamics must be managed in a manner that will not be harmful to the country’s peace.