Some youth in Dzodze-Awlikope believed to be supporters of the opposition New Patriotic Party who were unhappy about a radio discussion on Dzigbordi FM Tuesday morning, allegedly assaulted the show host Edwin Agbesi Seke.

The Morning show host had asked John Kofi Wornu, an assembly member for the area and a representative of the NPP on the show, to substantiate his claims that the ruling NDC was engaging in vote buying in the area.

“Hon Kofi Wornu Claimed some NDC members gave Mahama cloths to some of his electorates. I queried him to proof his claims, in the process he stepped out from the studio and later came in with the cloths. When I further challenged him to bring the said five ladies who are the beneficiaries to the studio, he rather gave me his phone to speak to a man.” 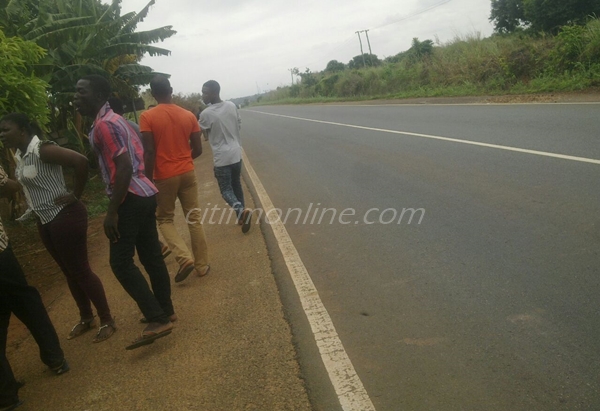 He added that little did he know some of the listeners were unhappy over what was issuing in the studio.

The youth numbering about twenty lurked around the station’s premises located at the outskirt of Dzodze and purportedly attacked the radio presenter .Mr Seke said he was molested and his mobile phone and recorder crushed.

Meanwhile the NPP representative on the show John Kofi Wornu and the Ketu North Constituency Pope Yevu confirmed the incidence but denied seeing the youth molesting the radio host.

According to Pope Yevu, the party in the constituency had earlier redrawn their participation in the morning show of Dzigbordi after they noticed certain unfair treatments being meted out to their communicators on the program. Following successive mediation between the show host and the executives, the party suspended the boycott to join the show this week. But unfortunately he claimed similar treatments were being repeated.

“While our representative was asked to substantiate the vote buying claims, the NDC’s on the other wasn’t probe further although he was the first to accuse the NPP. This infuriated our youth who besieged the studio to tell their rep not to further contribute to the discussion” Pope Yevu narrated.

John Kofi Worni told Citi News he was able to calm the youth after which he left. He said he however did not see the youth molesting the radio host.

The Ketu North District Commander of the Ghana Police Service, Albert Ziggah, who confirmed the incident to Citi News said a formal report is yet to be made for his outfit to investigate the matter.

“Two workers of the radio station came to our office and we directed them to bring their medical report and write their statement today [Wednesday].”

The recent attack on journalist came days after an ATV reporter Akpagana-Kesedovo Logah was purportedly assaulted by an NPP regional executive and an official at the Keta Municipal Assembly following his reports on the deteriorating structures in Anloga Market.