Citizens must join the fight against corruption – GII

The Ghana Integrity Initiative Anti-Corruption Consortium has charged Ghanaians to actively support the fight against corruption in Ghana.

At separate community durbars at Kpeve in the South Dayi District, and at Sovie in the Kpando Municipality of the Volta Region, the Consortium bemoaned the prevalence of corruption in public life, and called for public support against it.

“Despite a fairly robust legislative framework comprised of several accountability institutions mandated to tackle various forms of corruption, the phenomenon is still widely prevalent in Ghana. It is [therefore], ultimately, the people of Ghana who must play their part in bringing corruption to a stop”; Mrs. Mary Awelana Addah, Programmes Manager at GII charged.

She thus admonished against the reliance on personal contacts and relationships to accrue benefits to the self or family.

“Such relationships are often called upon especially when it comes to placement of children in schools or to avoid problems with authorities such as the police.” 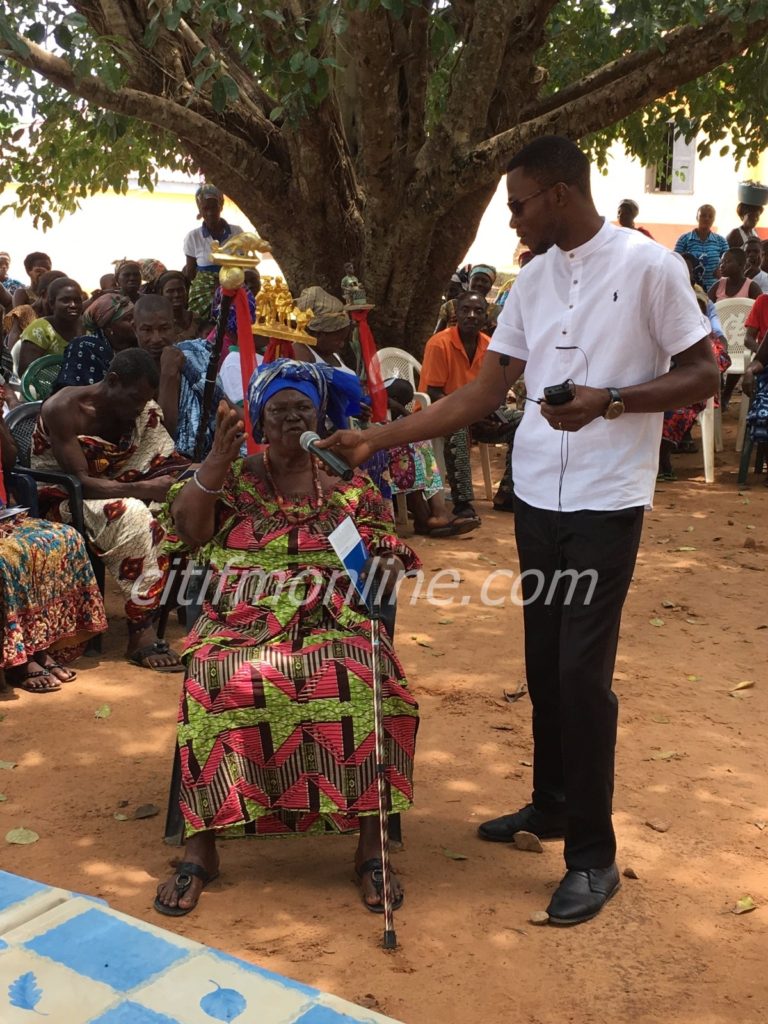 The Consortium further identified the customary practice of gift giving as a matter that complicates the fight against corruption. According to Mrs. Addah, “while commonly accepted as customary practice in relations with traditional authorities, gifts can quickly become a tool of corruption depending on the nature, quantum, time, person and the intention behind giving of such gifts”.

The people of the Volta have therefore been encouraged to report acts of corruption through any of the GII’s corruption reporting channels; the Advocacy and Legal Advice Center (ALAC), and www.ipaidabribe.org.gh. 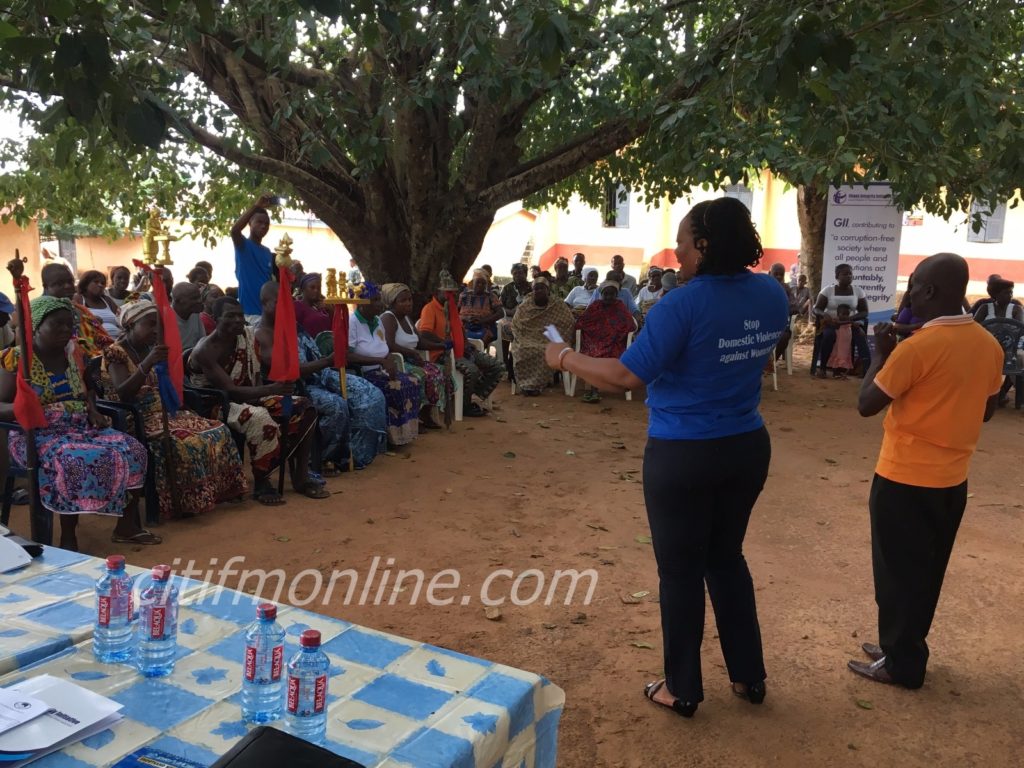 The Consortium composed of the Ghana Integrity Initiative (GII), SEND-Ghana, and the Ghana Anti-Corruption Coalition (GACC), is on a community sensitization campaign to draw attention to the role of the citizen in the fight against corruption. It has already held eight (8) community durbars in the Eastern and Volta regions, and is scheduled to hold more in five (5) districts (Tain, Jaman South, Atebubu-Amantin, Nkronza South and Pru) of the Brong Ahafo Region.

The engagements is undertaken under the USAID funded Accountable Democratic Institutional and Systems Strengthening Project (ADISS). It collaborates with public accountability bodies, including the Commission on Human Rights and Administrative Justice (CHRAJ) and the National Commission for Civic Education (NCCE), and some fifty districts nationwide in sensitising citizens to demand accountability from duty bearers.

The engagements are also meant to motivate the communities to actively participate in the fight against corruption.

The www.ipaidabribe.org.gh platform is an online reporting tool focused on people’s experiences of bribes – whether demanded, paid or refused. The GII Consortium, at the Community durbars, collated over bribe encounters reported by the community members. This according to the GII, defies commonly held notions that people are reluctant to speak up on issues of bribes. 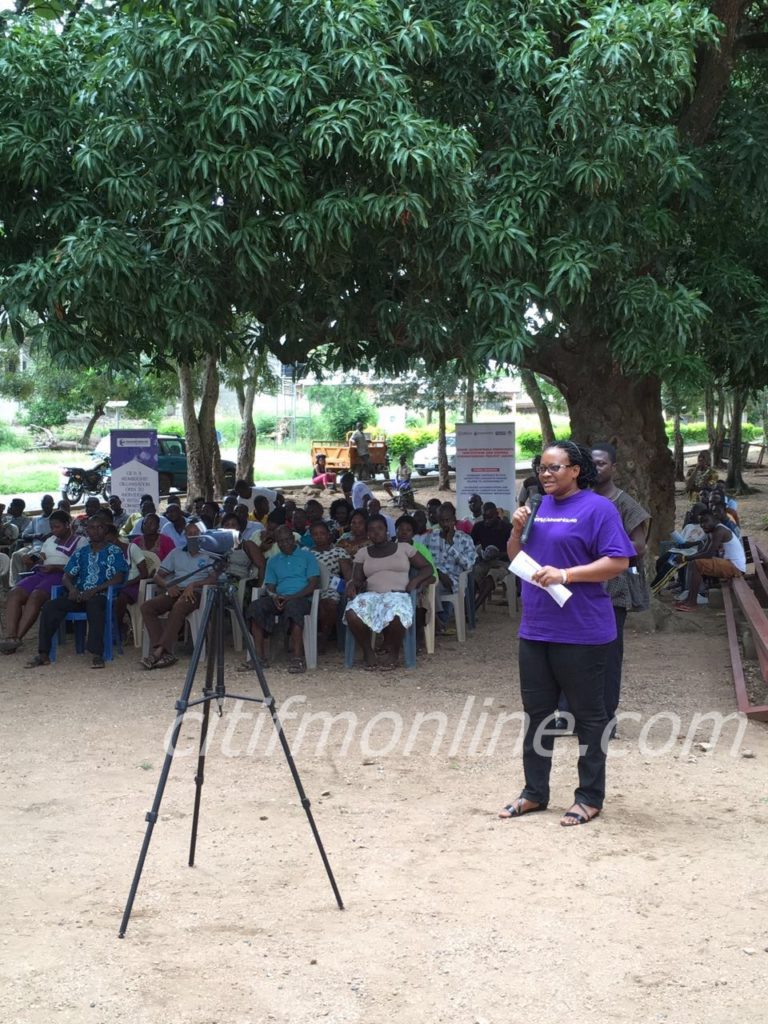 The GII Consortium also uses the Advocacy and Legal Advice Center (ALAC) platform to provide support and assistance to victims and witnesses of corruption who want to seek resolution to specific cases.

Citizens who are ready and willing to report acts of bribery are assisted by ALAC Officers and highly qualified lawyers who advice and refer the cases to relevant accountability institutions. The team also continuously monitors the cases and provides timely feedback complainants.
–
By: Sixtus Dong Ullo /Citifmonline.com /Ghana