Celebrated Ghanaian writer and poet, Professor Ama Ata Aidoo, on Saturday walked out of a ceremony in her honour because her name was wrongly spelt.

She was supposed to be honoured by the University of Ghana’s Centre for Gender Studies & Advocacy (CEGENSA), but her name, Ama Ata Aidoo, was instead captured on the brochure as Ama Atta Aidoo.

Unlike most Ghanaians, she spells her Ata with one ‘T’.

“My mother walked out of a CEGENSA event today [Saturday] meant to celebrate her and the winners of a short story competition in her honor,” her daughter, Kinna Likimani said. 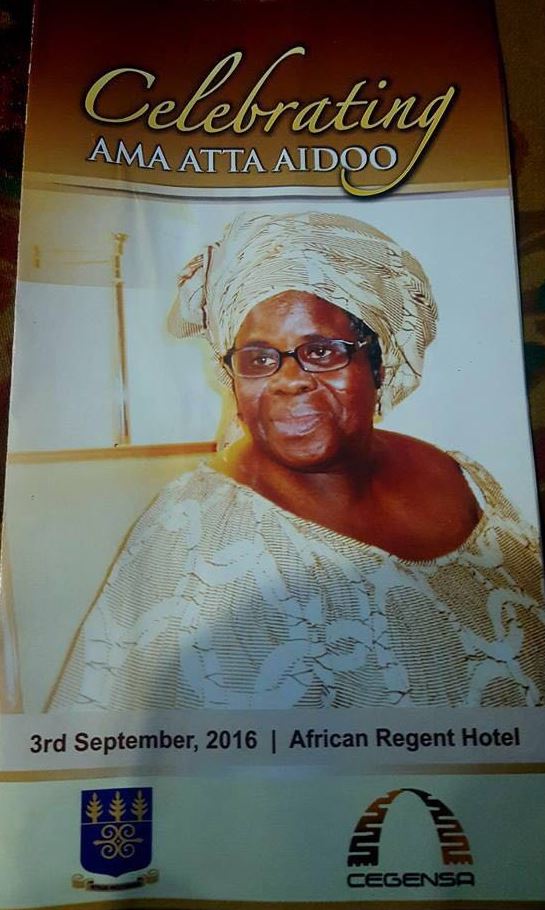 CEGENSA as part of its 10th anniversary celebration organized a short story competition in honour of Prof.  Aidoo for her multiple roles as a pan-African feminist, an author, poet and playwright.

The climax of the event, which was held at the African Regent Hotel on Saturday, was to honour the poet and other award winners of the story competition.

But her daughter said her mother had to leave the ceremony because “both the banner (hanging in the hall at the African Regent Hotel) and the programme cover had her name as ‘Ama Atta Aidoo’ and not ‘Ama Ata Aidoo’, which is the correct spelling of her name.”

Kinna explained that “this peculiar and contrived confusion over the spelling of her Ata is a uniquely Ghanaian problem. And this sloppiness is even a recent thing.”

“She’s been battling this for a while now, culminating in her walking out of an event in her honor today [Saturday]. Of course, she couldn’t have stayed. I know my mum. She would have felt bad throughout the event,” Kinna added.

Kinna, who is also the project lead of Ghana Decides, said the “whole thing is messy. We must really pay more attention to the details of things. It’s more disheartening because CEGENSA is an academic institute. They know her, her name and her work.”