Montie 3 pardon could be reviewed at Supreme Court – Ace Ankomah

Private Legal Practitioner, Ace Anan Ankomah, has indicated that President John Mahama’s decision to grant remission to the Montie trio, could be challenged by an application for review at the Supreme Court.

According to him, President Mahama’s use of his prerogative of mercy in this case has presented a legal opportunity for clarity on the exercise of the Article 72 powers granted by the constitution.

[contextly_sidebar id=”tuJZqpRsESzS0Q7CfRCyKn3isIJtHPaD”]Speaking to Citi News on the sidelines of a lecture organised by the Forum on Media and Democratic Governance, Ace Ankomah explained that the exercise of the President’s Article 72 powers had to be tested “against the standard for the exercise of all constitutional donated powers. The exercise must be fair, it must be exercised in a candid manner, it must not be capricious, arbitrary or based on bias.”

Ace Ankomah noted further that Article 2 of the constitution allows the Apex court to review such decisions as such reviews had happened “so many times in our law. The question is if this is a proper case for the Supreme Court to exercise its review power.”

President Mahama on Monday granted remission to the incarcerated three after consultation with the Council of State.

The three; Alistair Nelson, Godwin Ako Gunn and Salifu Maase, alias Mugabe, had been sentenced to serve four months in jail and paid a fine of GHc10,000 each after threatening the lives of judges on a live radio programme. 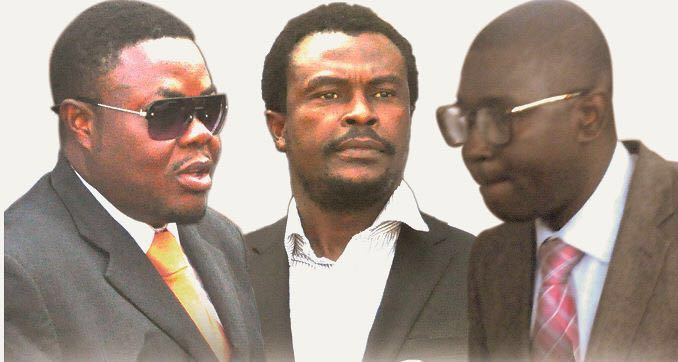 A statement signed by the Minister of Communications on Monday, Dr. Edward Omane Boamah, said that the President had taken the decision to pardon the three on ‘compassionate grounds’ given the remorse they had demonstrated.

Mahama didn’t act in the interest of the State

But President Mahama’s decision to pardon the trio did not sit well with sections of the public with the Minority Spokesperson on Constitutional, Legal and Parliamentary Affairs, Joe Osei-Owusu, saying the pardon smacked of partisan activism.

“Rather than being a statesman, he has behaved like a party activist,” Mr. Osei-Owusu has noted whilst also describing the whole process leading up to the pardon as a “ruse”.

Mr. Osei-Owusu, also a lawyer, acknowledged President Mahama had every right to exercise his prerogative of mercy per the constitution, but in this particular instance, he insisted that the President had not acted in the interest of the state.

The General Secretary of the National Democratic Congress (NDC), Johnson Asiedu Nketia has however said any debate over the pardoning of the Montie 3  is needless and misplaced as “the President has acted within the remit of his powers.”

He argued that President Mahama “under Article 72 has been given that power and all Presidents in Ghana have had occasion to exercise it. It is called a prerogative of mercy.”

Mr. Asiedu Nketia also held that, the President needn’t provide justification of his decision to pardon the Montie 3, despite the criticisms coming from political parties and the general public.