Mampong School for the deaf suffers from years of neglect [Photos]

After close to 50 years of existence, the Mampong Demonstration School for the Deaf also known as DEMODEAF, now feeds on the benevolence of individuals and corporate institutions.

The school, which has always been the first point of call for deaf and dumb children also serves as a second home for over 400 students, some of who are also blind, epileptic and asthmatic.

One would think that for such a special school, facilities there would be adequate and up to standard, but that is sadly not the case.

The school lacks basic amenities like computers, a library and adequate dormitories to house the students. 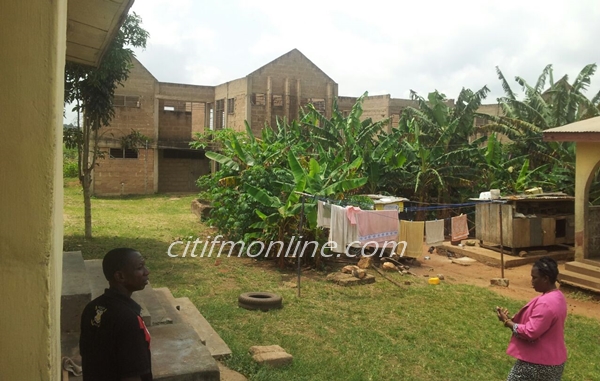 Over one hundred girls are housed in only six dormitories while the boys, who number more than three hundred, occupy just eight of these dormitories.

According to school authorities, there is an ongoing dormitory project by GETfund to ease the congestion there.

The project, which was started some nine years ago, has halted due to the non-availability of funds.

The headmistress, Trudy Segbefia, told Citi News “we can’t even remember the last time the contractor came here. We have complained about the completion of this project for almost a decade but till now, it looks like it has totally been abandoned. Sometimes the education authorities come here and make several promises but when they leave we hear nothing.” 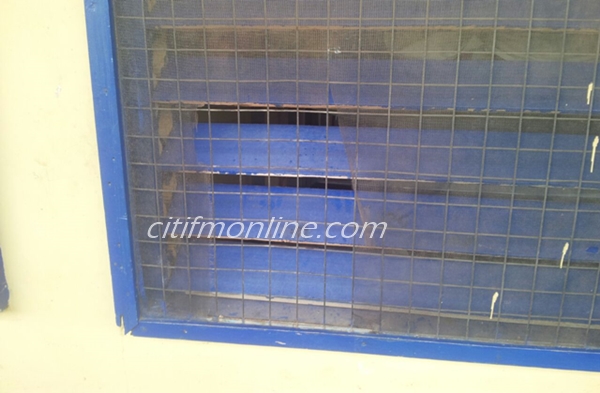 The structure, which has been built to some level, is showing signs of cracks due to neglect.

Mrs Segbefia fears the building could totally collapse if works do not continue to complete it immediately.

“I am sure when completed we can move the boys here so we can have more rooms available, but this building has been here for long and whenever it rains the water hits it and gradually most parts begin to fall off. I am scared that if nothing is done, it will just collapse completely and we’ll lose everything.”

For students in this school, a paltry sum of GhC3.30p is what feeds each student on daily basis.

Unfortunately, these monies are not released on time. Teachers here often go out to solicit for funds from benevolent individuals, institutions and donors in order to run the school. 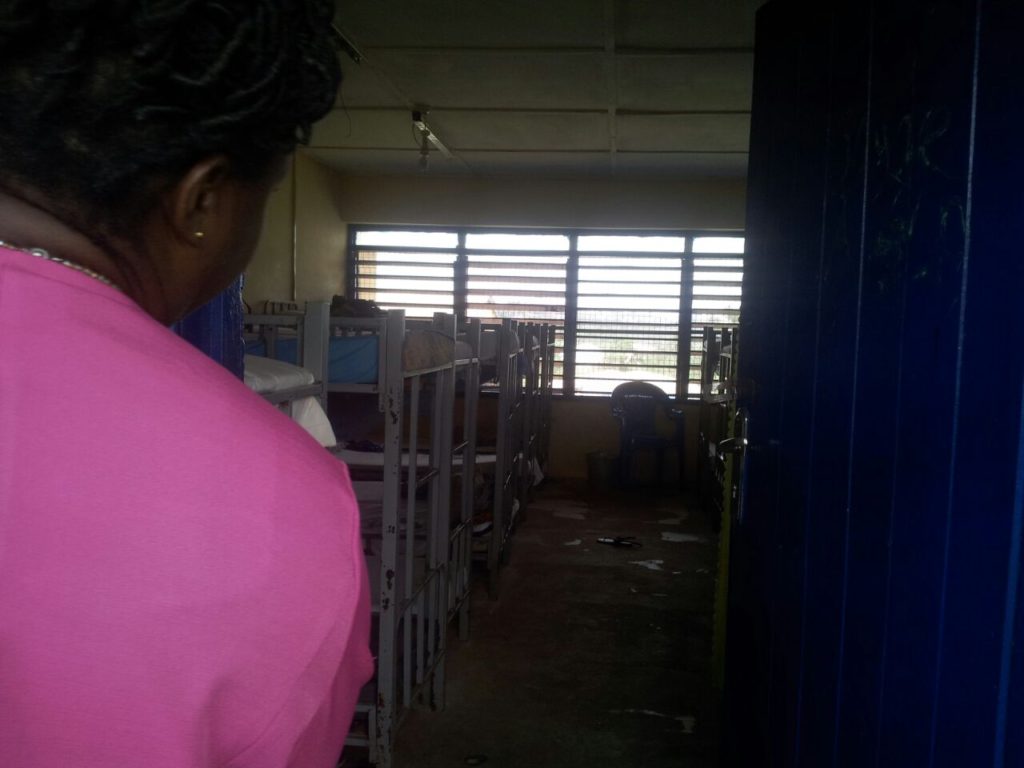 One of the teachers who gave her name as Karen, says “government has taken the feeding grants and payment of the teachers’ salaries but in most cases these monies do not come on time. The feeding grants are sometimes released only once in a term and you wonder how we feed these students. In most cases, we have to seek help from individuals and the public to come and donate to the school before we can even get to feed these children” she said.

For the lack of teaching aids and proper teaching materials, teachers at the Mampong Demonstration School for the Deaf (DEMODEAF) find it difficult to teach these students. 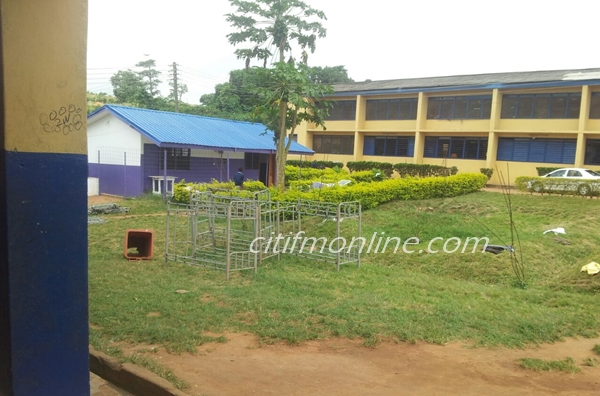 For such a special school, the basic mode of communication for these deaf and dumb students is only through sign language.

However, the facilities there do not make effective teaching and learning possible. Teachers complain about the difficulty of grooming these students to sit the same exam with their counterparts in other regular schools.

The Junior High School head, Albert Nsia, says “the curriculum is not properly constituted to suit these children with special needs. Imagine when you’re teaching chemistry or even any subject in science and you have to explain these chemicals to these students who cannot hear you. It is very difficult and once we do not have any teaching aids, we just have to find a way to make them imagine something. Sometimes you test them and you notice some have understood but others don’t just get it.”

Even though the school has a computer lab, there are only chairs and tables but no single computer. This means that students lose out on studying ICT unlike their counterparts in regular schools. 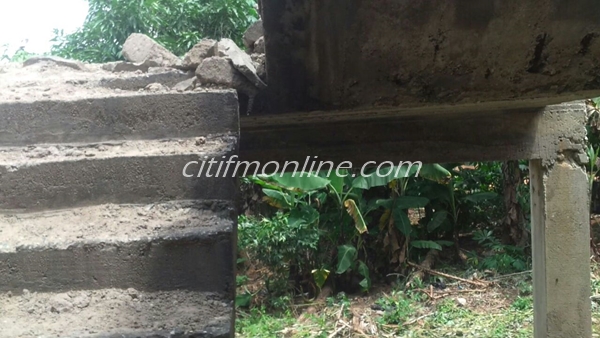 “Some people donated the chairs and tables and there’s another company that wants to donate the computers but they want us to do the wiring and fix the air conditioning for the room before they can donate. For now we do not have money to do all that so until then, we just have to use any means possible to teach the ICT subject” says Karen an ICT teacher.

Once this facility is not available, Karen told Citi News that she normally draws the computer on the board to enable her explain to the students.

She says “some people donated a projector and so sometimes we go out to get a computer then I come and try to explain the subject to the students. It is difficult and in fact, sometimes even making them imagine something is a big issue. The question is, what are they imagining when they can’t even hear you?”

How do all these challenges impact on the students?

Just like all regular schools, these students are made to write the Basic Education Certificate Examination (BECE).

School authorities say it is unfair for students in specials schools to have the same curriculum as those in other schools because of the challenges they face. However, that is not the only thing that needs to change. 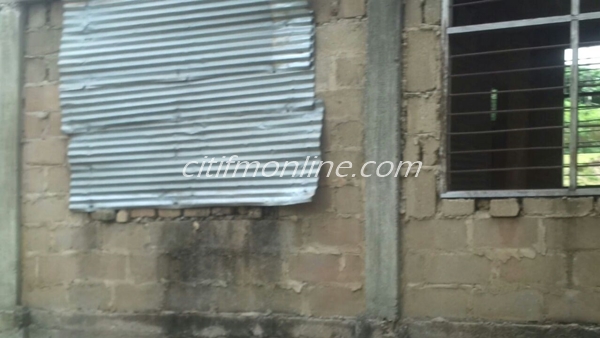 Hubert, another teacher in the school told Citi News the performance of these students is often not encouraging.

He says in most cases, their way of answering questions does not conform to the standards of examiners. However teachers who teach them always have a way of understanding them.

Hubert believes special examiners and examinations must be adopted by the Ministry of Education and the Ghana Education Service to address this challenge.

Government needs to do more

Scenes from this school suggests education authorities have adopted a lackadaisical approach to dealing with the literacy of the country’s deaf and dumb who number over 260,000. 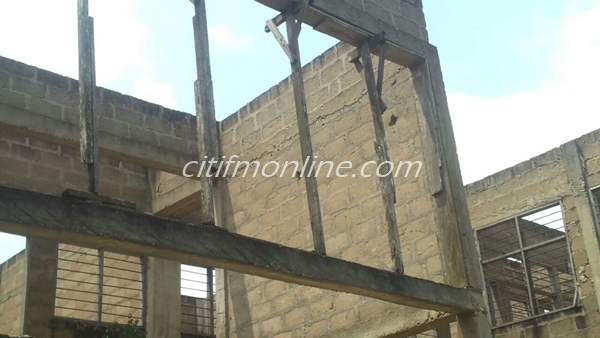 When contacted by Citi News, the Public Relations Officer for the Ministry of Education, Dan Osam Mwin, said the ministry has taken note of some abandoned projects and is working with GETfund to get contractors on the projects changed so the dormitories can be completed.

EC to accept vote transfer applications for candidates from Aug 19