Speaking at the launch of the NDC’s campaign at Cape Coast in the Central Region, former President Rawlings explained that the party needed to latch onto its fundamental ideals if it was to triumph over the Nana Afufo-Addo led NPP in the elections.

“By virtue of who we are, where we have come from and how we came into being, I keep saying we cannot afford to fight them on their terms. It is important that we fight them on our terms,” he stressed. 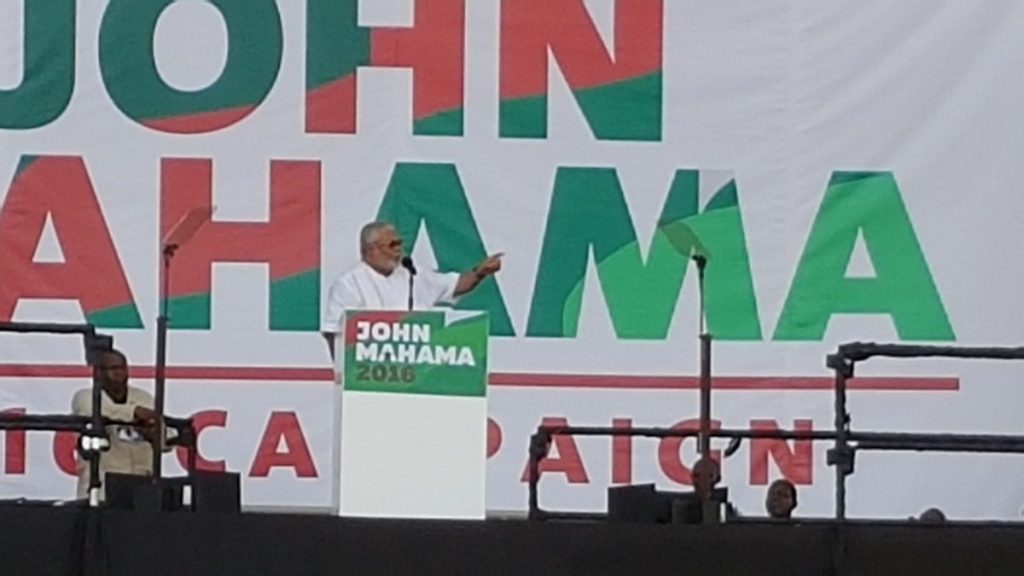 “Let’s not mimic their behaviour. Let us reach into the principles and the values that came, which emerged out of the circumstances that gave birth to us,” former President Rawlings implored the party he founded in its present form in 1992.

Rawlings assured the NDC ahead of the polls that “if we can hold onto those principles and those values we would move way into the future and no one can ever defeat us. We will ride and override any obstacle as we did in the past. Mimic them as some of us are doing and we will run into problems.”

Former President Jerry John Rawlings and founding father of the incumbent National Democratic Congress (NDC), also told the governing party that winning the 2016 elections will not be an easy task, whiles reminding them not to underestimate the opposition New Patriotic Party (NPP).

“The task ahead of you won’t be an easy task. I will reserve what I have to say till after the elections when I will come round the country to share with you how I think we could restore the kind of strength that can take us well into the future. There are certain weaknesses that we need to deal with.”

My first term has been challenging but fruitful – Mahama