Ghanaian boxer, Bukom Banku, has made an appearance at the launch of the campaign of the National Democratic Congress (NDC) at the Cape Coast  Sports Stadium.

As many as 40,000 supporters are present in the stadium for the launch.

The president will be outdoored as the flagbearer of the party, together with his running mate, Vice President Paa Kwesi Amissah Arthur, as well as some parliamentary candidates. 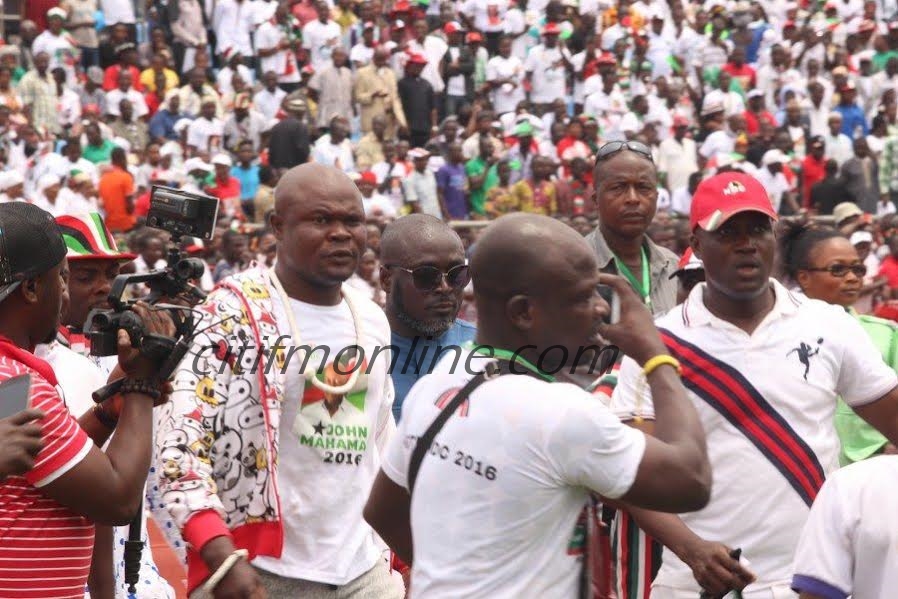 Actor John Dumelo was spotted earlier at the stadium.

Banku is a known supporter of the NDC. Earlier this year, he made a song for the president John Dramani Mahama.

The party at a point however found some of his actions unpleasant, and stated that he was speaking for them.

We’ll give TOR oil if they can pay- GNPC CEO