The Ghana Education Service (GES), has asked the Ghana National Association of Teachers, GNAT, not to interfere in the matter of subsidy payments between  the Service and the Conference of Heads of Assisted Secondary Schools, (CHASS.)

CHASS, earlier this week, issued a threat to close down Senior High Schools (SHS) nationwide, following delays by the government in paying the subsidies.

[contextly_sidebar id=”M0Y6z2tbHZOoLHFSq4stzJf8Jt8hs4no”]GNAT waded into the row, hinting that they might declare a nationwide strike in September 2016, if the subsidy arrears of the various second-cycle institutions are not paid.

However, the GES, has said that GNAT’s threat is out of place as it is not part of CHASS and had no stake in the matter.

“The Ghana Education Service has nothing to do with GNAT, NAGRAT or any teacher union as far as subventions, capitation grant, progressively free education; all the concerns that were raised by CHASS, GNAT has nothing to do with this,” the Public Relations Officer (PRO) of GES, Jonathan Bettey told Citi News

“I don’t know where they are coming from saying that they will go on strike if we don’t solve the issues of CHASS. NAGRAT, GNAT, any other teacher unions are not part of CHASS. If they are members, they are not standing in as CHASS. What we are telling GNAT is that they are teachers; we are solving the issues for CHASS members.”

According to him, the GES had already begun talks with the leadership of CHASS and that the issues raised by the headteachers were being addressed.

“The GES Director General is dealing with the management and executives of NAGRAT. We have received their concerns and are addressing them and we are expecting that in no time all they have raised will be answered. The government is aware of what is going on, management of the Ministry of Education as well as the Ghana Education Service are aware of what their concerns are. We will solve their issues and the issue is between the Director General and CHASS.” 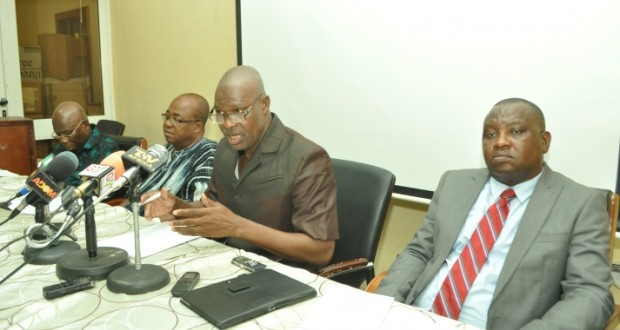 GES to punish heads if…

The Ghana Education Service (GES), at a press conference in response to CHASS’ claims, blamed non-payment of the government subsidies to public Senior High schools on the late submission of students’ data by headteachers, to enable the processing of the grants.

According to the GES, school heads are required to present students’ data on time to help fast-track the processing of the grants and subsidies.

The Director General of GES, Jacob Kor, said at the press conference that “the untimely release of subsidies and grants is partly due to the lackadaisical attitudes of some of the heads in terms of the submission of data.”

However, GNAT has criticized the GES Director for his comments stating that the headteachers had every right to go public with their situation if it wasn’t being addressed.

David Ofori Acheampong believes the GES should have met with the headteachers to find an solution to the issue instead of attempting to counter the claims in the media.

“The response of the Director General is unfortunate. When there are problems and the problems are not being resolved, the only avenue is to bring it to the court of public opinion that these are the challenges that confront us and therefore if nothing is done about it, we are unable to carry out our responsibilities as expected of us. I believe it should have created a platform for the Director General to have met them to see the way forward,” he told Citi News

“To issue threats and say the teachers are irresponsible is completely unacceptable. Who doesn’t know that the district education office which the Director General himself superintends are so badly resourced to the extent that most of the district directors go to the secondary schools for A4 paper to do their official work. Even funds for fuel to move the regional director’s vehicle is solicited from the second cycle schools.”

Strong women don’t settle for men who hold them back