New Patriotic Party (NPP), Member of Parliament  (MP) for Abuakwa South, Samuel Atta Akyea, has said the managers of Montie FM should be scrutinized for employing the services of the two panelists, and the host of the ‘Pampaso’ show, who have been convicted  for contempt by the Supreme Court.

Alistair Nelson, Godwin Ako Gunn and Salifu Maase, alias Mugabe, were sentenced to serve four months in jail on Wednesday, after being found guilty by the apex court for threatening the lives of the judges who were presiding over a case on the credibility of the voters’ register.

[contextly_sidebar id=”GXhP4cZJLb7clgXNtBFNzfmq7DrquegL”]The pro-government radio station, has earned some notoriety for reportedly attacking opposition figures and has been often described as the NDC’s response to the opposition-linked Oman FM.

Samuel Atta Akyea noted that, while the sentence given to the perpetrators was deserved, more focus needs to be given to the political figures who hire people for such stations just to tarnish the image of others.

According to the private legal practitioner, the owners of Montie FM must be held accountable for allowing such characters on their platform.

“What I believe should be the case in Ghana is that, we should watch the people who hire them to do these things. These are hirelings; there’s no way any serious journalist would do what they did. I’m tempted to believe that there are some people who are politically strong who take pleasure in the fact that somebody’s reputation and the career he’s built is being destroyed and that we could let these young men do their bidding. This is what is more serious and we should look at,” he told Citi News.

“If the owners glorify in the fact that others are being destroyed and their reputations are being torn into pieces, then they are worse off than those going to jail.” 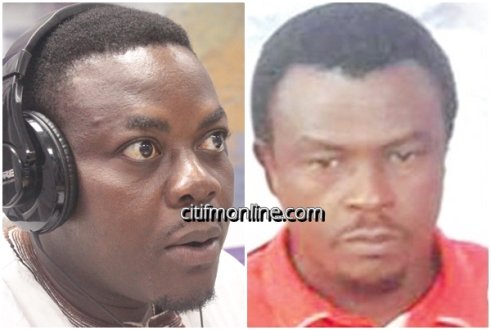 The trio, were also ordered to pay an amount of 10, 000 cedis each by the close of day Thursday, July 28, or risk serving an extra month in jail.

The directors of the station, were also fined by the court for failing to prevent the incident on their platform.

Network Broadcasting Limited, and Zeze Media, which owns the frequency on which Montie FM is broadcast, were ordered to pay Ghc30,000 each.

In presenting the sentences, the Presiding judge, Sophia Akuffo, stated that the two panelists had willfully attacked the Chief Justice and lowered the authority of the court by insisting that they will not accept its judgment on a controversial matter of the voter’s register.

She lamented the fact that judges had consistently suffered verbal abuse which would not be tolerated any longer.

NDC slams jailing of Montie 3, urges members to be calm

Jailing of Montie trio not an attack on media – GJA