The Ghana Police Service has rejected claims that it has revived its consideration of a social media shutdown in the country on election day to curtail irresponsible reports that could disrupt the process.

The Communications Director of the Police, Cephas Arthur, said that the police were only considering a social media blackout as a last resort as part of security measures ahead of the elections.

Several media outlets earlier today [Tuesday], reported that the Inspector General of Police (IGP), John Kudalor, had reiterated his stance on a social media shutdown in the country.

[contextly_sidebar id=”oiZ8dIJcxLZCSriC6aRDqKTGh7RMUN9L”]According to the reports, John Kudalor, who was in the Eastern Region to assess the level of  preparedness of the Police command  in the region, had stated that he ‘stood by’ his initial comments to ban social media

However, Cephas Arthur, insists that the police had not decided to shut down social media and that the IGP’s comments had been misinterpreted.

He stated that the IGP was only recounting his initial comments which has caused so much controversy.

“It’s unfortunate that what transpired has been reported the way it is. The IGP was on his regional tour to check the preparedness of his men for the election. As part of the activities, the IGP met the entire police populace in the Eastern Region. The IGP gave an opportunity to the media to ask questions on his maiden visit to the Eastern Region. The IGP was asked about his comments on the social media and whether he had changed his opinion.”

The IGP then narrated what had happened previously, and said that “should all remedies fail and the only option to keep our nation as one whole was to shut social media for the 7 or 8 hours that we are voting, he will do so. He will recommend it. The whole thing is tentative so it’s not as if the IGP has a down and taken the decision to shut down social media in this election,” Cephas Arthur said on Eyewitness News on Tuesday.

Meanwhile, the project lead of Ghana Decides, a social media project by Blogging Ghana, Kinna Likimani, has urged the police service to ‘rise to the challenge’ presented by social media and not take the easy way out by just shutting it down.

She called on the service to improve its presence on social media as that would enable them to counteract the activities of trolls and troublemakers.

“The police themselves need to be on social media. The very first time a Ghanaian citizen entered social media, the police needed to be there. The use of social media goes beyond elections. Our constitution gives us a right to free press and other media. People use social media for all sorts of good things in their lives. It promotes citizen engagement and freedom of speech. 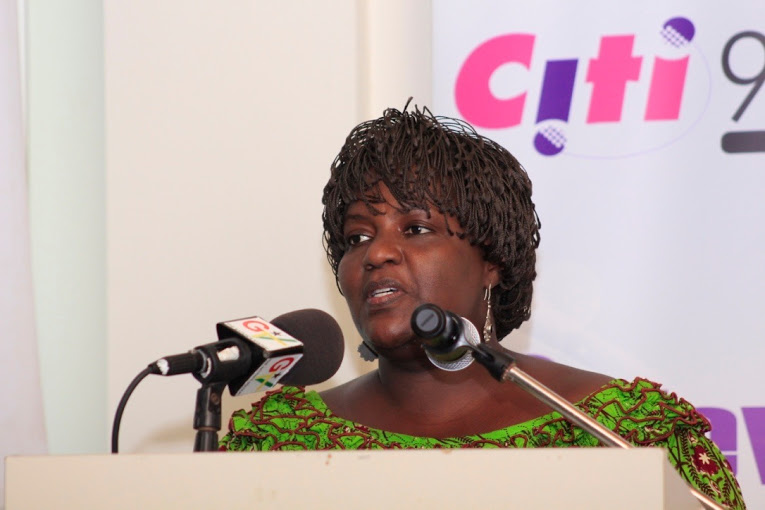 We’ll shut down social media if…

The police chief had stated that, his outfit was considering shutting down social media services in the country on election day as the abuse of social media platforms by both political parties and ordinary Ghanaians has often created unnecessary tension in the country.

He believed that given the strain that preparations towards the elections have put on the country’s security apparatus, it would be unwise to ignore the potential of social media as an incendiary point for violence.

“At one stage I said that if it becomes critical on the eve and also on the election day, we shall block all social media as other countries have done. We’re thinking about it,” John Kudalor said at the time.

The IGP’s comments generated widespread criticism from the general public who felt such an action would represent suppression of freedom of speech.

Several bodies including the Centre for Democratic Development (CDD), the Alliance for Accountable Governance, BloggingGhana, and  PenPlusBytes criticized the Police Chief’s words describing the idea as ‘undemocratic.

The United Nations also waded into the debate, stating that it would be opposed to any move to block social media services in the country.

The special representative of the United Nations (UN) Secretary General for West Africa and the Sahel, Mohammed Ibn Chambas said: “I should say without hesitation that from a UN point of view, we would be obviously averse to any steps that will amount to restricting the democratic space, particularly any steps that will be taken to restrict the freedom of expression.”

No social media black out

The Communications Director of the Police, Supt. Cephas Arthur, had earlier clarified the service’s position on the controversial consideration to ban social media.

According to him, the ban was only one of the alternatives under consideration, but the Police will not shutdown social media on election day.

“The IGP used the word alternatives but it looks as if nobody heard the other alternatives that he mentioned because nobody is discussing that. This was not part of his speech. It was a kind of off the top of his head answer. Let us not be alarmed. The IGP is not about to block social media on election day and we are going to have our social media,” Cephas Arthur said.