Some voters at the Post Office polling station in Dodowa, hooted at National Democratic Congress (NDC) parliamentary aspirant for the Shai Osudoku Constituency, Dr. Kpessa Whyte, when he visited the area to observe the voting process.

Dr. Whyte and his team were met with hooting from the charged crowd at the Post Office polling station. 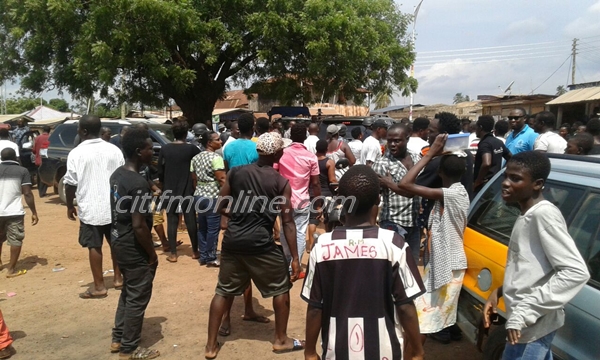 The parliamentary primary in the constituency was necessitated by the death of the previous candidate who died in a car crash in March, 2016.

The Post Office polling station is the largest with the highest number of voters in the constituency and it is known to be a strong hold of the the other contestant in the primary, Linda Akwele Ocloo. 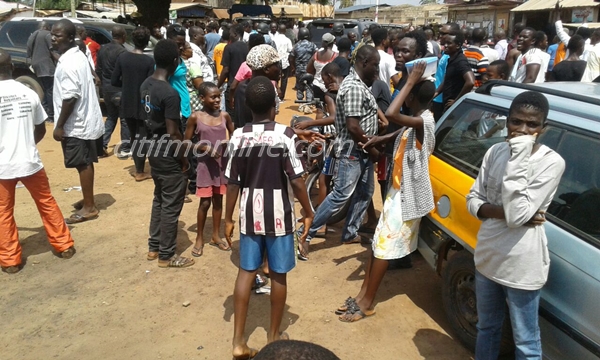 According to the crowd, Dr. Kpessa Whyte has allegedly brought land guards to intimidate them for which they were hooting at him and his team of well-built men.

The situation could have gotten chaotic but for the timely intervention of the police who beefed up the numbers of personnel at the polling station. 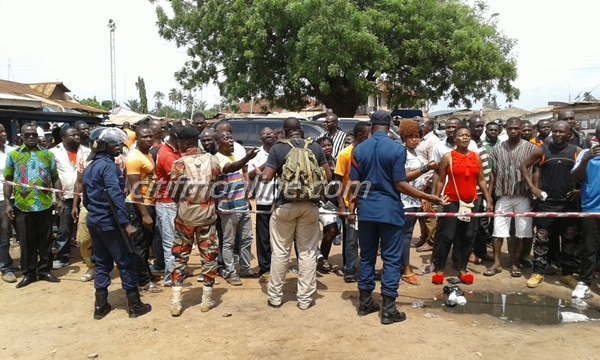 Some of voters shouted: “why would you bring land guards here to kill us if you are campaigning to lead us”, Dr Kpessa Whyte, we don’t know you so please kindly stay off the constituency” among others.

Some of the angry voters  also alleged that the NDC’s Ningo Prampram Parliamentary candidate and presidential staffer, Sam George, who was seen in the company of Dr. Kpessa Whyte, is the mastermind behind the land guards in the town. 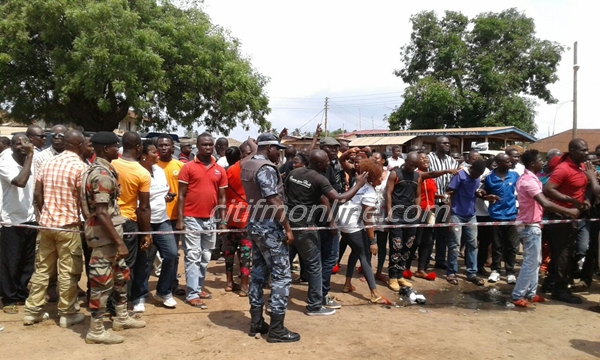 Calm was restored after Dr. Kpessa Whyte who stood in shock, was whisked away by the police.

Voting resumed after it halted during the scuffle.

The National Democratic Congress’ (NDC) incumbent Member of Parliament MP for Shai Osu Doku, David Tetteh Assumeng, opted out of the primary in solidarity with the deceased, Desmond William Ocloo.

Desmond William Ocloo won the party’s primary in November 2015. He triumphed over David Tetteh-Assumeng, who has been in Parliament since 2004.

Mr. Ocloo during the primary polled 4,350 votes while David Tetteh Assumeng had 1280. Other aspirants in the race included the Executive Director of the National Service Secretariat (NSS), Dr. Kpessah Whyte, who polled 3,189 votes, while Ebenezer Adzakli had 393.