SADA to get €160m from EU despite previous wastage

The European Union ( (EU), has announced its intention to contribute €160 million to promote business oriented agriculture in Ghana with high quality produce for the Savanah Accelerated Development Agency (SADA) zone.

The European Union Office in Ghana in a statement said, this will be achieved with the support of farmers and entrepreneurs, who will be trained in business management and improved farming and processing techniques.

[contextly_sidebar id=”xvDMRw4HKYuTCDcJeF4KVMWg9OLiJBVv”]Mr. Benoist Bazin, Head of the Infrastructure and Sustainable Development (ISD) Section, disclosed this on Tuesday in Accra.

He was speaking at a high level Agricultural Investment Workshop (AIW) organized by the Savannah Accelerated Development Authority (SADA) in cooperation with the Ministry of Food and Agriculture and the support of USAID and the Ghana Commercial Agriculture Project (GCAP). The purpose of the workshop was to develop the necessary strategies, policies and road map for attracting investments for agriculture led transformation of the SADA Zone.

Mr. Bazin said an important focus of the programmes will be the mitigation of climate change with dissemination of practices dealing with soil protection and reconstitution, Soil fertility enhancement and agroforestry to promote local knowledge, local improved seed and also reduce usage of chemical inputs. 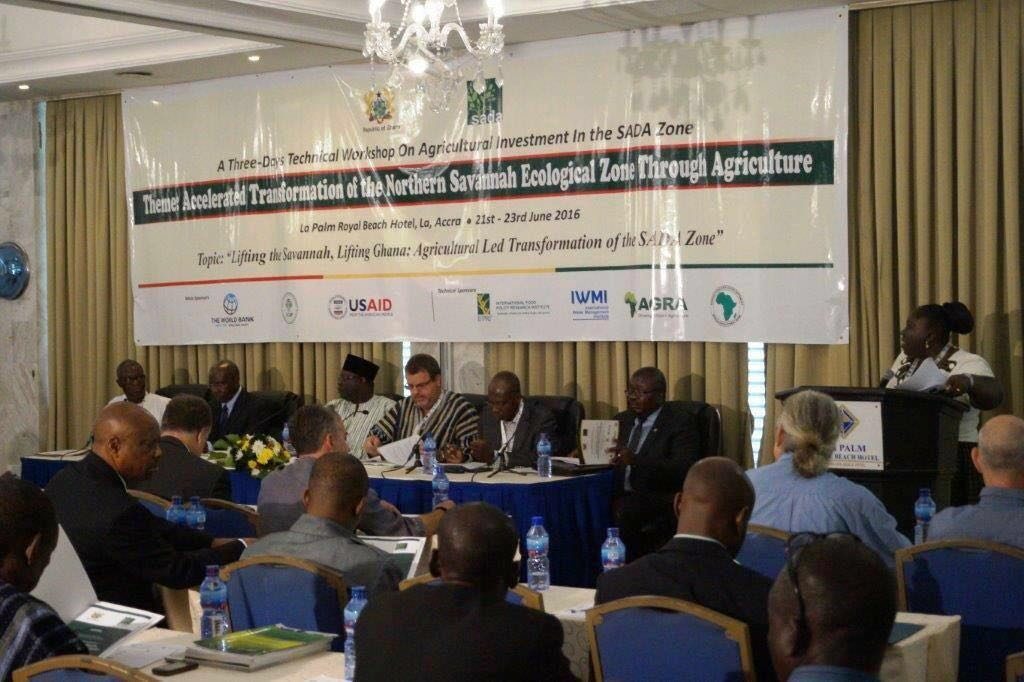 The EU is collaborating with the Ministry of Food and Agriculture and the Savanah Accelerated Development Agency (SADA) for productive investment for agriculture in the SADA zone.

The Savannah Accelerated Development Authority (SADA), is a Government agency  responsible for coordinating a comprehensive development agenda for the savanna  ecological zones comprising the three northernmost regions and stretches of Brong Ahafo and Volta, that are contiguous to the Northern region of Ghana.

Its mandate is to assist in the development of agriculture and industry in the region to help lessen the disparity between its development and that found elsewhere in the country. Savannah Accelerated Development Authority was established by an Act of Parliament; SADA Act 805 on 17 September 2010 with its first Chief Executive Officer appointed in October 2011.

SADA will institute projects, programs and policies aimed at stimulating growth and addressing the human and social development needs of the target area. In the 2008 budget, the Government of Ghana mandated the preparation of a long term strategy to reverse decades of neglect of the northern part of Ghana and to set the pace for sustainable development.

With a 5-year business plan which begun in 2012, and will end in 2016, SADA cannot boast of any significant achievement after some 32 million cedis allocated to it, failed to produce the desired results due to mismanagement and corruption.

This forced President John Dramani Mahama to replace its chief executive as well as the board, to steer the affairs of the agency.

The agency is expected to retrieve monies wasted and unaccounted for by the previous management, and possibly prosecute officials who caused the losses, but that is yet to happen.

At a recent sitting of Public Accounts Committee (PAC) of Parliament, the Vice Chairman of the Committee, Samuel Atta Akyea, described as disgraceful, the high level of financial impropriety uncovered in the accounts of the Savanna Accelerated Development Authority (SADA) by the Auditor General in 2013 and 2014.