Several parts of Accra have flooded following rains which started on Thursday morning. Many commuters who were on their way to work had to seek refuge at safer places.

Several cars have also parked, but others are struggling through the rains although some roads have been severely flooded.

Citi News’ Franklin Badu Jnr. who has been observing the situation around the Circle area reports that the Odaw River for instance has overflown it’s banks.

According to him, visibility is also poor making it difficult for vehicular movement. He said the machines which are being used to dredge the Odaw River, risk being swallowed by the water. 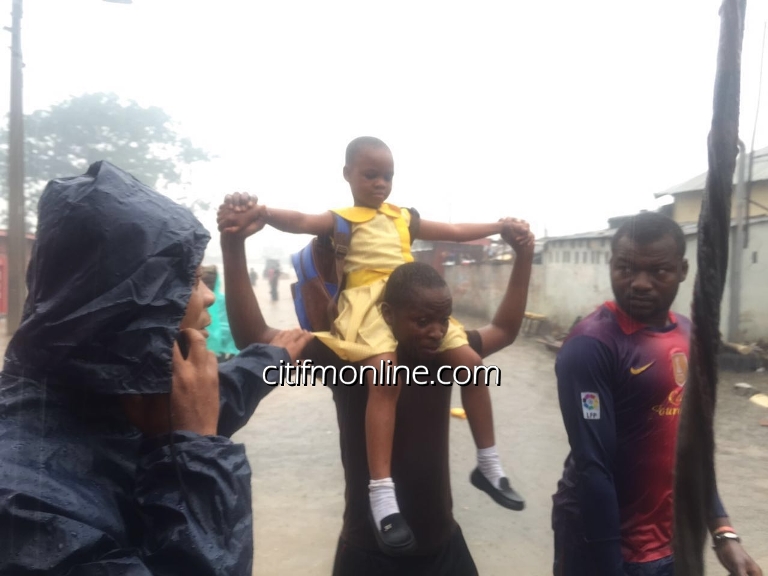 Citi News’ Richard Mensah also reports that at Sahara, a suburb of Odawna, buildings have almost been covered by the floods, including a school, trapping pupils there. 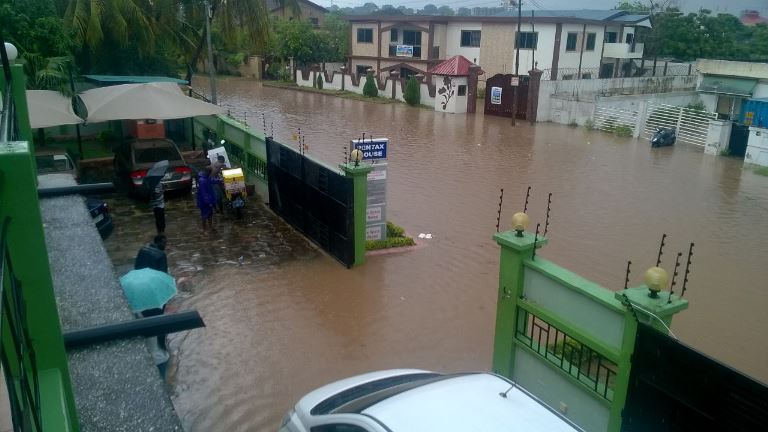 The rains which started around 4:00 am, is yet to stop. 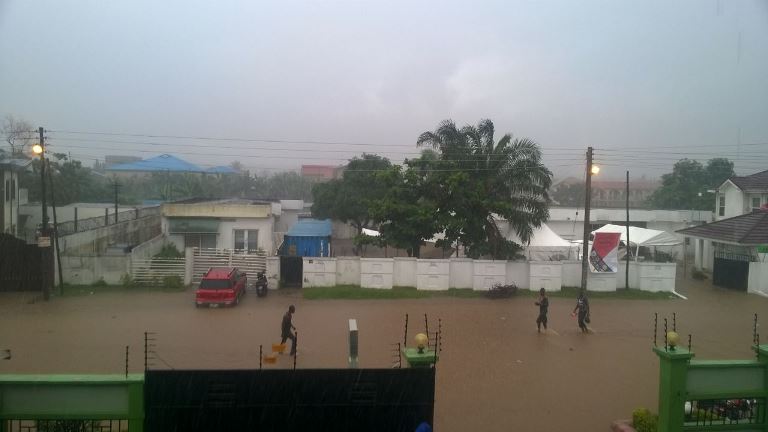 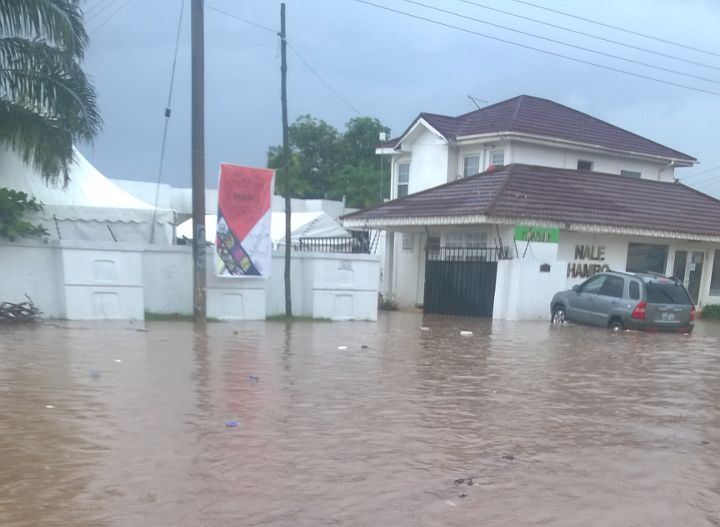 Meanwhile, the Ghana Meteorological Agency has predicted that the rains being experienced today [Thursday], will linger for a while and has thus advised Ghanaians to be cautious.

The Agency is asking Ghanaians to avoid places where there is fast flowing water and move from lower ground to higher places if need be. 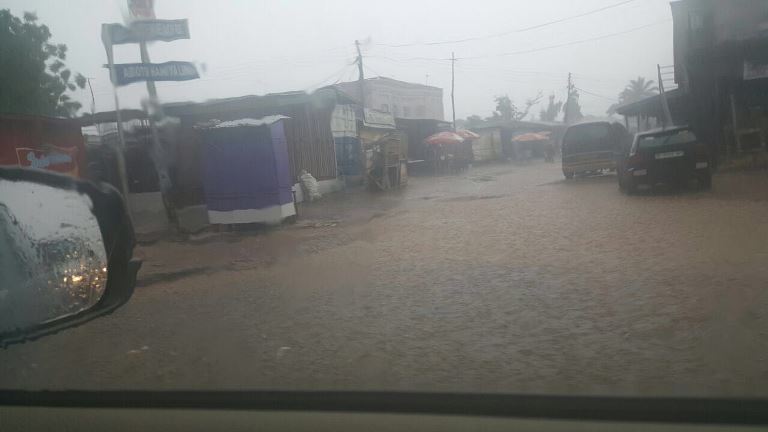 It also urged the general public to call emergency lines including 112 in case of any eventuality. 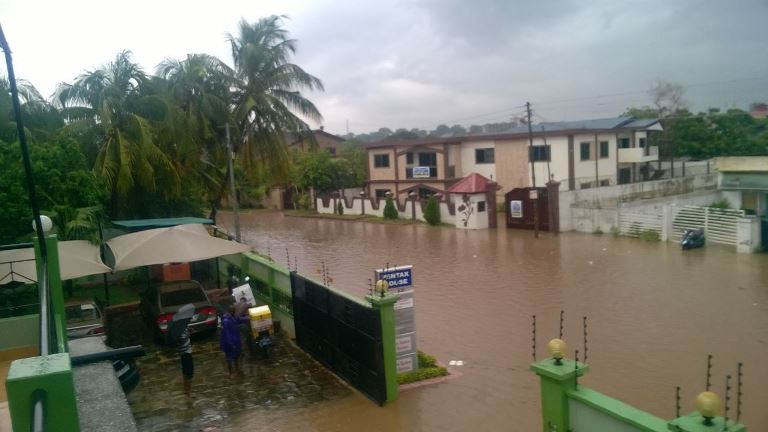 The information was captured in a brief statement signed by the Minister of Communications, Dr.  Edward Omane Boamah. 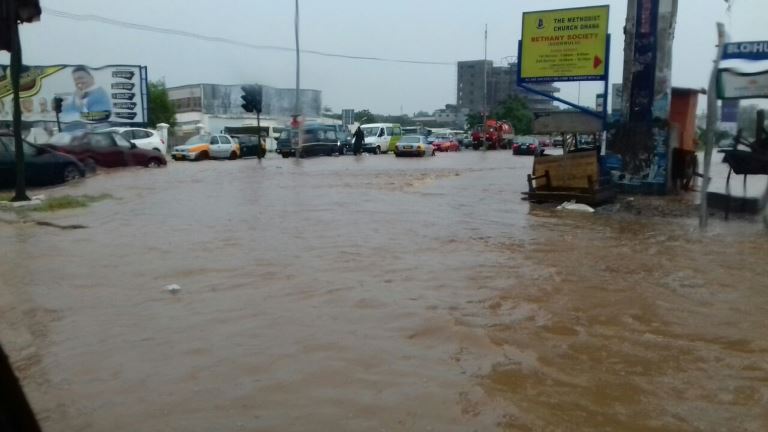