Ivy Heward Mills is the latest casualty in the ongoing investigations of misconduct against some of the country’s judges both at the lower and high courts, who were captured on video, taking bribes to influence justice.

So far, about 20 of the lower court judges have been removed from office.  Already, three High Court judges, namely Justice Kofi Essel Mensah, Justice Francis K. Opoku, and Justice John Ajet Nassam have been sacked in that regard.

The decision to remove her from office followed a recommendation by the committee set up by the Lady Chief Justice Georgina Wood, to investigate a petition from Anas Aremeyaw Anas of Tigereyepi  on grounds of Stated Misbehavior.

The removal of the judge comes at a time  when the President, John Dramani Mahama, has been accused of accepting a  ‘bribe’ in the form of a Ford Expedition vehicle given to him as a ‘gift’ by a Burkinabe contractor, who was seeking contracts from government, and eventually executed two contracts.

He took the ‘gift’ in 2012 when he was Vice President. Some members of the public have questioned why members of the judiciary are being dismissed for similarly accepting bribes lesser than the President’s $100,000 car gift to influence justice.

Government has admitted that, although the President accepted the gift, he did not use it personally since it was added to the pool of government vehicles. It thus absorbed the President from any act of corruption or conflict of interest.

The President has vehemently rubbished the allegations of bribery, urging his critics to use the courts to pursue him.

Already, the Commission for Human Rights and Administrative Justice (CHRAJ), has received two petitions asking it to investigate the President for the acceptance of the gift and the circumstances surrounding it. 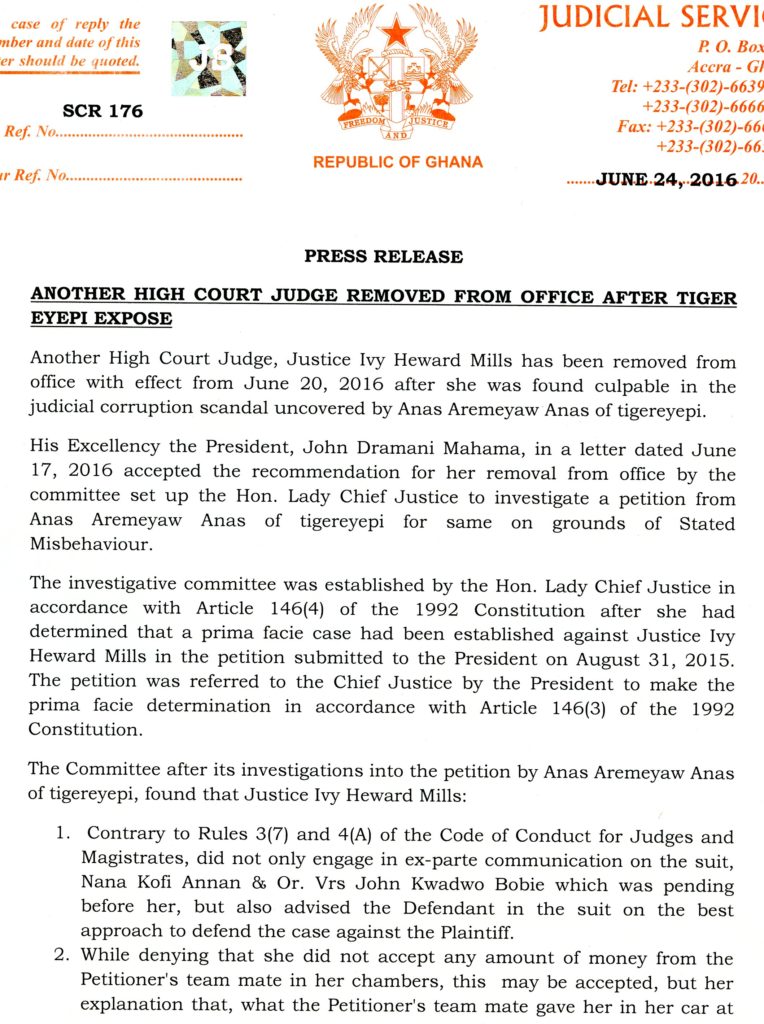 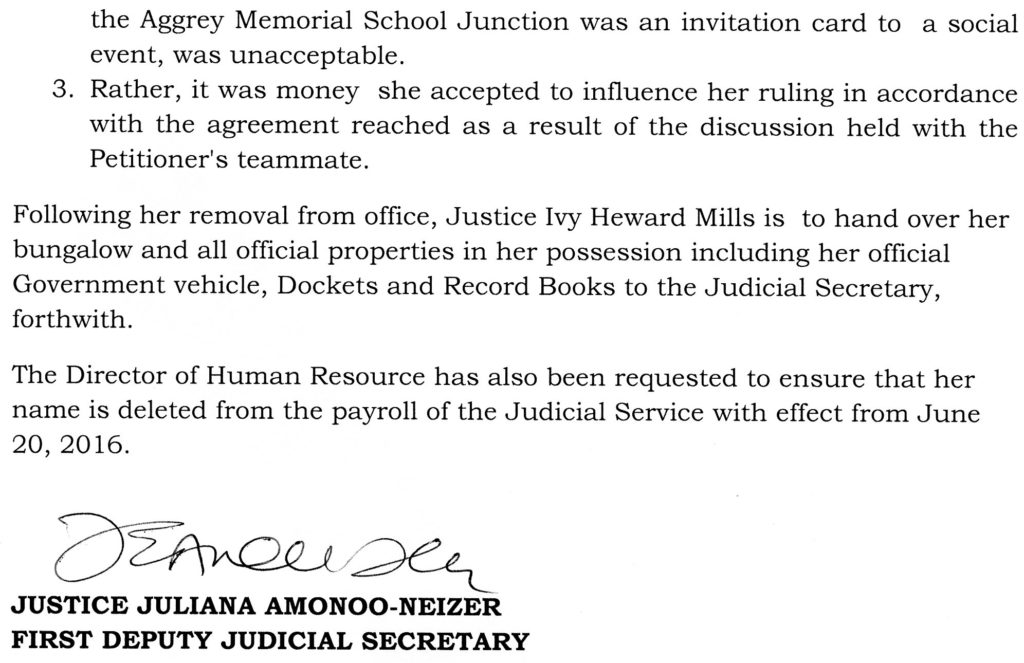 According to the statement the Committee during its investigations into the petition by Anas Aremeyaw Anas of Tigereyepi found that Justice Ivy Heward Mills:

She has therefore been asked to “hand over her bungalow and all official properties in her possession including her official government vehicle, dockets and record books to the judicial secretary,” the statement added.