Health trainees will be gainfully employed under NPP – Nana Addo

The 2016 Flag bearer of the New Patriotic Party (NPP), Nana Addo Dankwa Akufo Addo has chastised President Mahama’s government for cancelling the payment of teaching and nursing trainee allowances, saying government has no justification for doing so.

The allowance system has been eliminated with trainees now having access to the Students Loan Scheme.

According to government, the allowance had outlived its usefulness and had also curtailed enrollment which has now improved since it was scrapped. 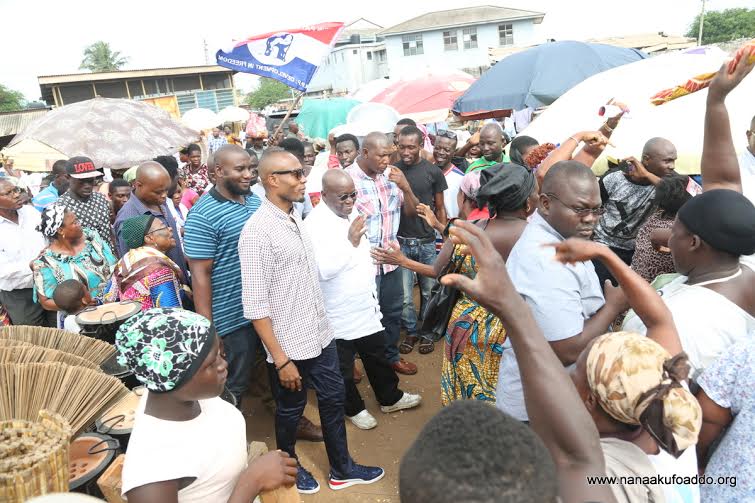 There have been several student protests to get the allowance system restored, but government has insisted on maintaining the new policy. 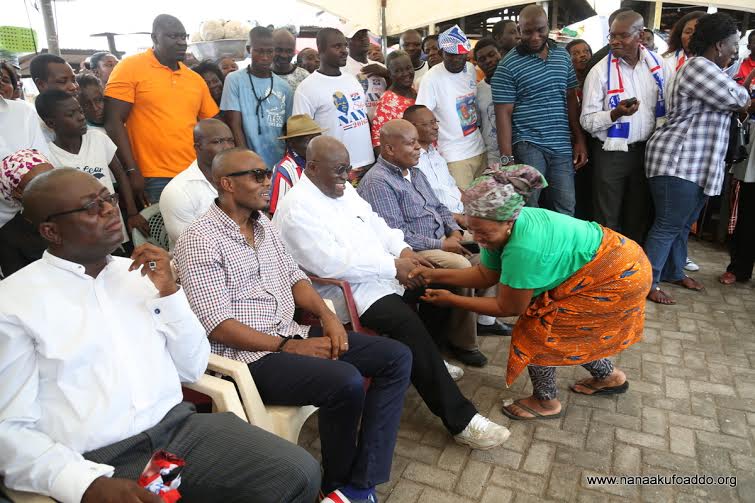 Addressing students of the Korle Bu Nurses and Midwifery Training School in the Ablekuma South Constituency as part of his tour of the Greater Accra Region, Nana Addo however argued that it is the duty of government to take care of trainees in the health sector hence his resolve to restore the allowances if elected in November.

“Those who are studying to be health officials, we have a duty to look after you and that is why in Kufuor’s time, when we did not have oil, he was able to pay teacher training allowances, nurses training allowances. Mahama, with oil, has cancelled these allowances but I am saying to you that God-willing in December or November, we are going to create a situation that you are going to find work to do. The country needs all of you to be working. Not sitting at home for three, four, five years but to be working and putting your talent to use for the benefit of the society,” he said .

The General Secretary of the governing National Democratic Congress (NDC) earlier sent a clear signal to critics that government will not be persuaded to restore the payment of teacher trainee allowances.

He argued that there is no “political wisdom” in the continuous payment of the allowance.

Teacher trainees have vowed to vote against the NDC government if it fails to restore the payment of their allowances before the 2016 general elections.

Asiedu Nketia however served notice that nothing will change the mind of government over the matter since the payment of the allowances made no political, social and economic sense.

“I don’t see any political wisdom in continuing to utilize the resources we have in paying the privileged few and limiting the number of trainee students to 9,000 and be paying them allowances of top…it doesn’t make sense,” he stressed.