The death occurred on Monday June 13, at the Korle-Bu Teaching Hospital, after he was rushed there. 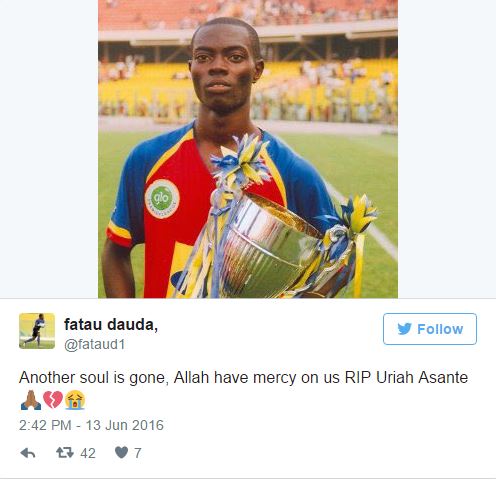 Asante played for Hearts of Oak and then left for Tunisia, where he featured for Etoile du Sahel.

Black Stars goalkeeper, Fatau Dauda, expressed his sadness at the news on Twitter.