Three persons have been burnt to death at Santasi, a suburb of Kumasi in the Ashanti Region, after the building they were sleeping in was razed by  fire. 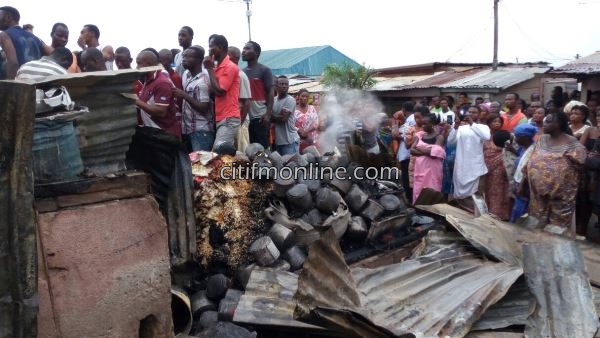 The cause of the incident is still unclear, but eyewitnesses say the fire started from the kitchen at about 1:30am on Friday morning.

Fire kills father; 4 kids, and two others at Asante Mampong

About  a fortnight ago, seven people died after fire gutted the house they were sleeping in at Worakese in the Asante Mampong district of the Ashanti Region.

The seven included a 2 year-old. According to eyewitnesses, the victims could not be rescued from the burning house because of the burglar proof installed on their windows and doors, which prevented people from breaking in.