The Ghana Civil Aviation Authority (GCAA) has warned of possible plane crashes at the Kotoka International Airport (KIA), if equipment purchased for air safety control, are not installed immediately.

The Authority says lands which have been earmarked for the equipment to be installed on, have been sold out to encroachers.

A statement from staff of the Authority indicated that, two parcels of land at the Adenta (La Nkwantanan) and Labadi (La Wireless) for aviation development and expansion, have been taken over by encroachers.

“For months, HF equipment purchased by GCAA worth over 6,000,000 euros for installation at La Nkwantanan to enhance communication, are still in GCAA’s stores. Our engineers have been denied access to the site, to make a preliminary preparation ahead of the arrival of their foreign counterpart due in the country on 1st July, 2016. 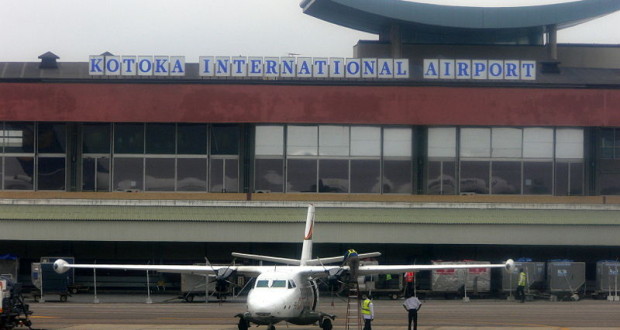 “Our inability to install the HF equipment as well as other navigational equipment at the site, will have dire consequences on the Aviation safety in Accra air space. The control of Aircraft over the oceanic is seriously being hampered by this unfortunate situation. We are aware that the management of GCAA as well as the Ministry of Transport, have made several appeals and has justified the need to at least give about 250 acres of the land back to GCAA but all to no avail.”

The Authority said it will be unable to provide traffic services over the ocean and other portions of the airspace, if the problem is not resolved.

“We want to reiterate that, if the said land is not released for the installation of this vital equipment, the system can shut down and we may not be able to provide air traffic services over the ocean and other portions of the airspace. This will have safety and security implications for the country and the industry in general.”

Cameron urges voters to ‘think of children’ before EU choice