The awards, given for team and country performance in the 2016 financial year, were to recognise Markets who through dedication and application, attain extraordinary achievement in the field of Marketing, Sales and Distribution.

This year’s annual conference, which was attended by 350 executives representing all of SABMiller’s subsidiaries across Africa, was held at the Century City Convention Centre between May 11 and 13, culminating in the awards event at a gala dinner. 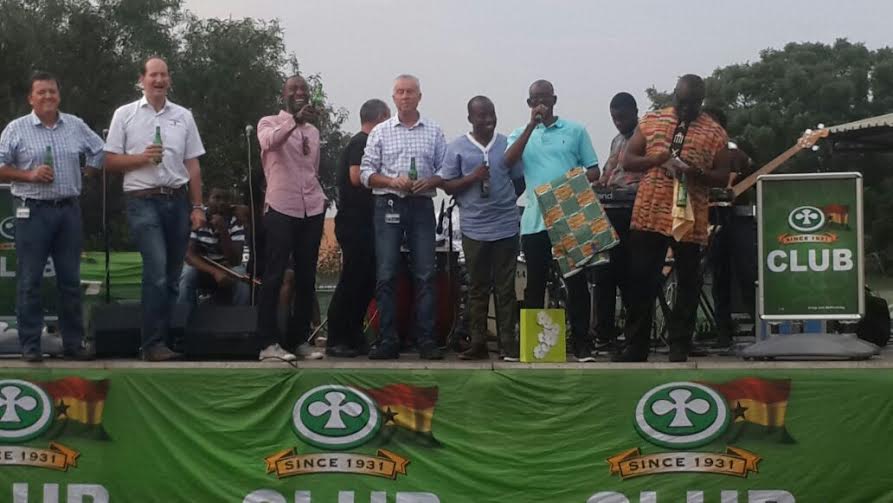 This celebrates Club’s growth over the years, achieved through exemplary product quality and ready availability nationwide, supported with refreshing and effective communications strategies as well as exciting sales promotions.

In addition, Club Beer also won the ‘Best Campaign of the Year’ by virtue of the “Beer deԑ ԑnoaa ne Club” campaign which highlighted activations such as At the Bar, a radio theatre series, and Club Live- a 12-part television series of highlife musical festivals across Ghana.  The campaign also included sales promotions and sponsorships at major traditional festivals including Kwahu, Odwira, Homowo and Afahye.

Refreshingly, Voltic (GH) Limited, the leading mineral water brand in Ghana and also a subsidiary of SABMiller , equally won the ‘MD’s Gold Award for Sales and Distribution Excellence for Complimentary Beverages’, largely due to its exemplary performance in the Ashanti, Brong Ahafo, Northern, Upper East and West regions of Ghana.

Receiving the MD’s award for outstanding performance in sales and distribution, National Sales  Manager of ABL , James Boakye Sarfo, dedicated the award to the company’s entire workforce as well as the millions of customers across Ghana.

“The commitment of employees as well as the unflinching support and patronage of our cherished customers and consumers respectively, made possible the excellent performance that led to the awards.  We highly appreciate their total contribution to this success” he said.

Managing Director, Anthony Grendon, commenting during a commemorative event to celebrate the recent wins in Accra and the 85th Anniversary Launch of Club Beer noted that the awards reflect the market leadership positions held by both Club Beer and Voltic natural mineral water in Ghana, due to these brands’  overwhelming popularity, resulting  from the  superior product quality and exemplary sales and marketing efficiency.