A casual worker (labourer) who was trapped under an uncompleted two-storey building that collapsed at Berekuso in the Akuapim South District of the Eastern Region, has been rescued.

He is currently at the Atomic Community Hospital receiving treatment. 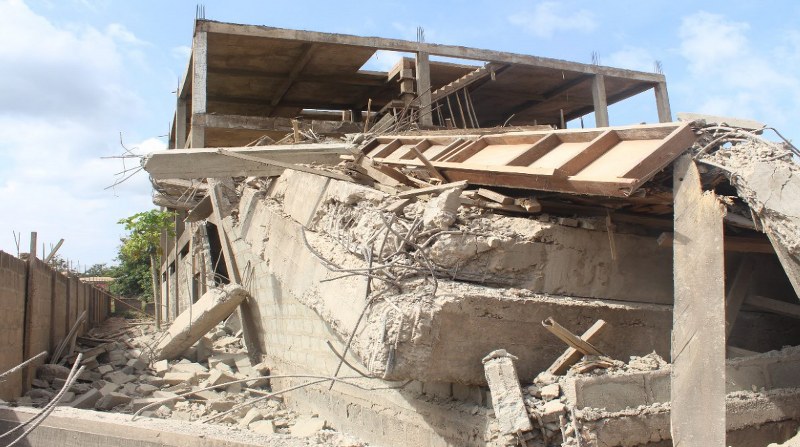 Speaking to Citi News, the foreman at the construction site said the incident happened when they were casting concrete on the top part of the building.

He blamed the collapse on weak plywood used in supporting the casting work. 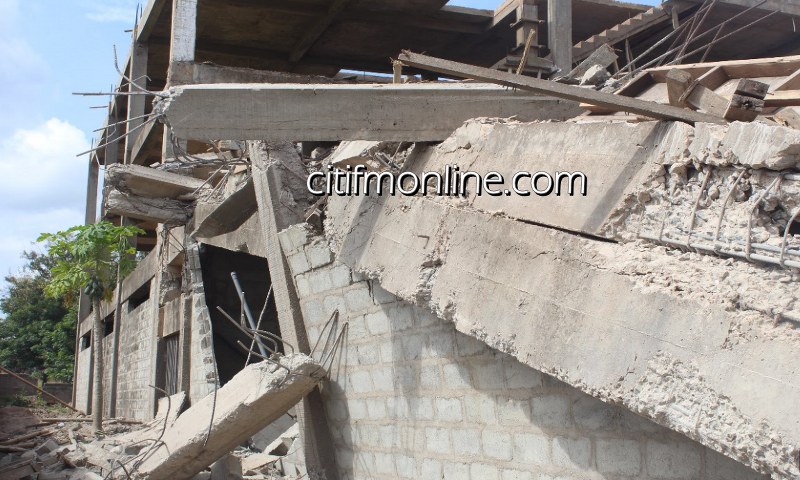 He said they tried doing the casting but it failed several times forcing them to bring in a carpenter to strengthen the plywood.

“We’ve been working on the building for seven months now before we started the casting. When we cast to some level, the thing collapses then we call the carpenter to come and do alteration on the plywood before we cast.” 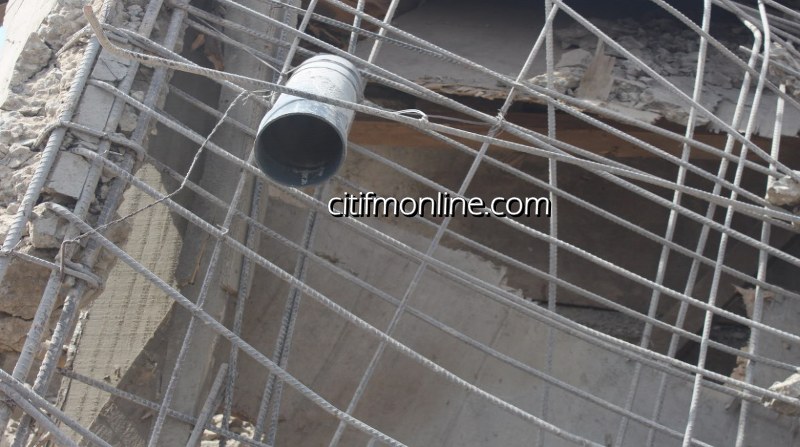 “So today [Wednesday] while doing the casting, the concrete poured down. So when it happened, I called the carpenter to come and check it. After doing it, I called the labourers to take the concrete to that side. About six wheel barrows full of concrete were poured at the place and before I realized the building caved in and the place was full of dust.” 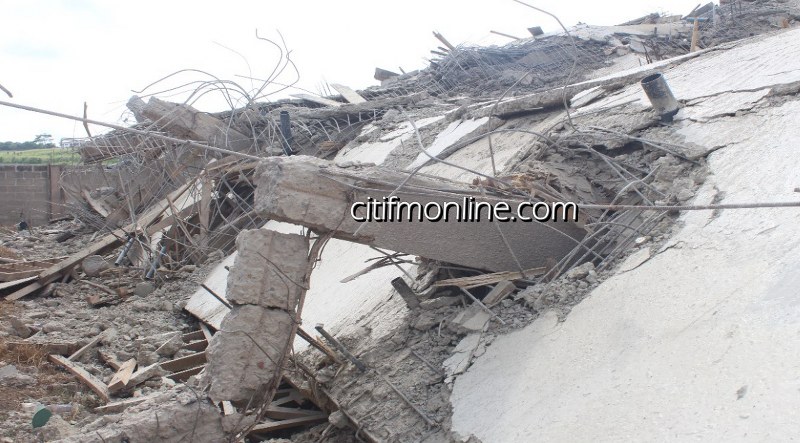 The foreman said he had 21 people working on the project but two were absent. 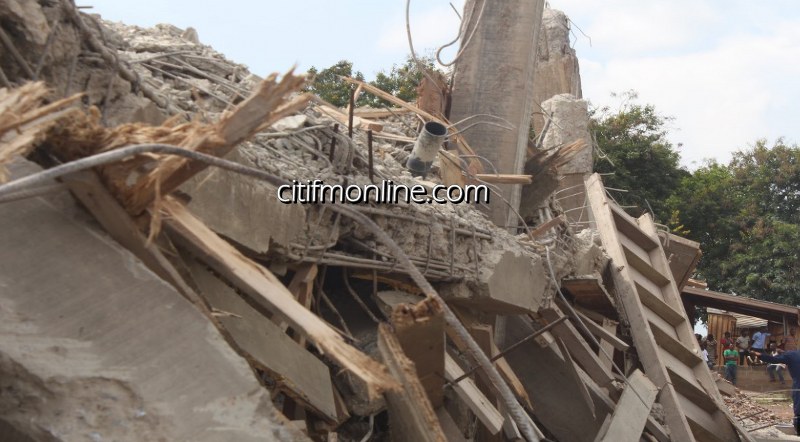 He noted that one person who was trapped under the building had a beam locking his legs, but was rescued few hours after the incident and was rushed to the hospital by two other labourers. 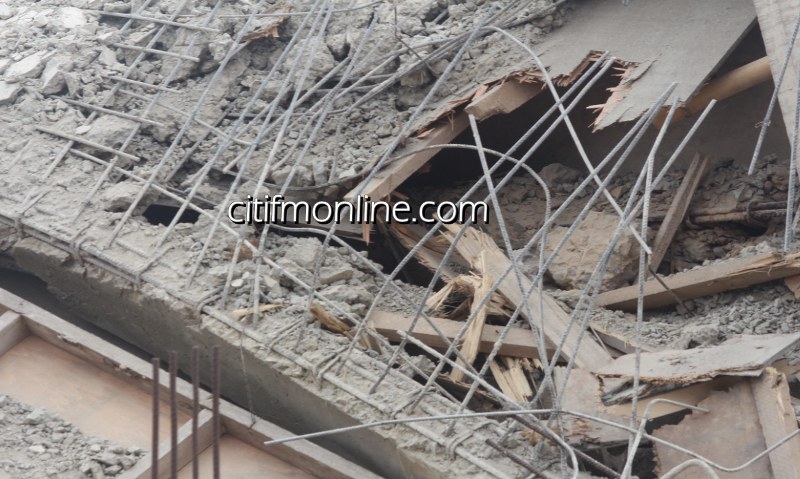 When Citi News got to the scene, security operatives made up of police personnel, fire service and the National Disaster Management Organization (NADMO) had arrived to handle the situation. 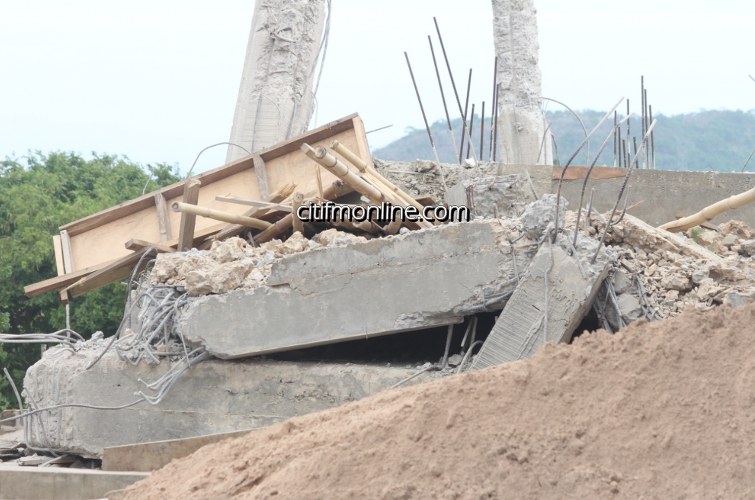 Meanwhile, Citi News understands that the building which is close to the Berekuso Basic School was going to be used for a Supermarket. 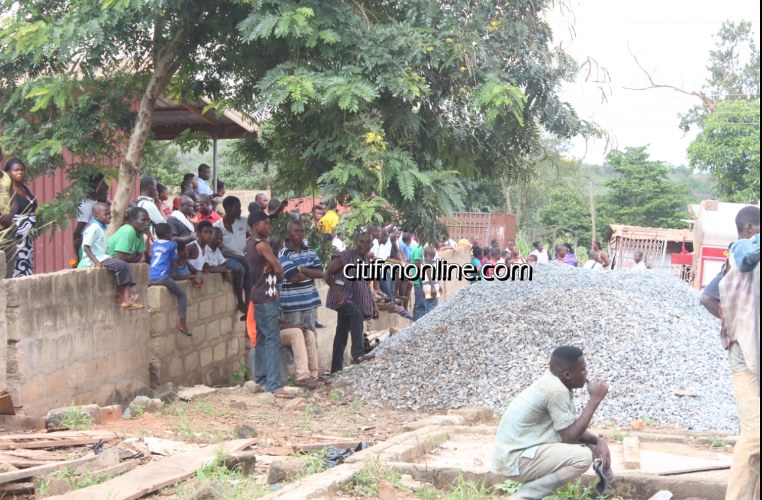 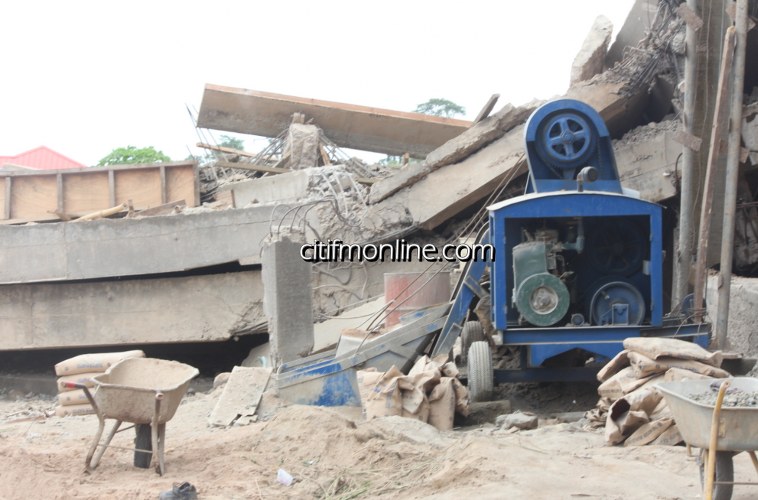 14 things you should be doing for your pregnant wife