Climate talks in Lima have entered their final day with long-running issues still dividing the parties, despite an impassioned appeal from US Secretary of State John Kerry.

Mr Kerry told the negotiators that the world was “still on a course leading to tragedy”.

An ambitious deal he said was “not an option, it is an urgent necessity”.

But ongoing battles are threatening to limit any progress in the Peruvian capital.

Many developed countries want to see a change in the way the nations are classified in the UN process.

Until now, the rich have been obliged to take on commitments to cut emissions while the poor have not.

Countries such as the US say that the old divisions are outdated and they want everyone to take on some form of obligation.

In his speech, Mr Kerry reinforced this idea. No country should have a “free pass” anymore, he said.

But this approach is being resisted by a number of countries, including China and many others, who want to adhere to the idea of “common but differentiated responsibilities”. 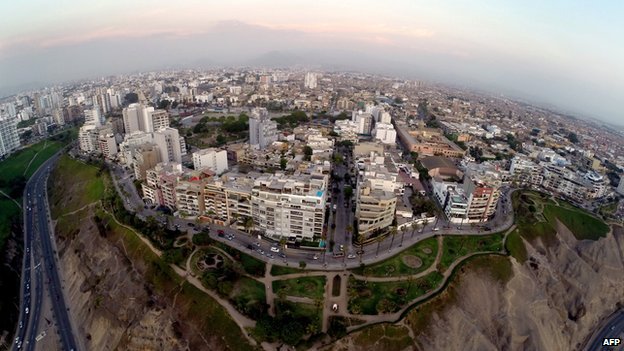 The negotiations were hosted by Lima, the Peruvian capital

Some countries are suspicious that the text being developed here in Lima is an attempt to get round the concept of differentiation, which is embedded in 1992’s UN framework convention on climate change.

The issue has become critical as the chairs of the talks introduced a new draft text that many felt watered down the original commitment.

A large group of developing nations known as the G77 objected.

“This whole exercise is not meant to rewrite the convention, this is a firm basic position of the G77,” said Antonio Marcondes, Brazil’s representative at the talks. 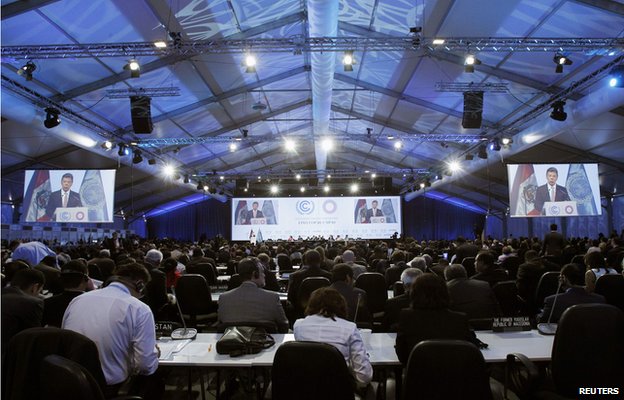 More than 190 countries are represented at the talks

Another key battle was over the initial commitments that countries are expected to make by the end of March next year.

Known in the jargon of the UN talks as the “intended nationally determined contributions” or INDCs, rich and poor are still divided over what should be part of this package.

The developed want to restrict them to carbon cuts. The developing want them to include finance for adaptation.

A further argument is over the idea that there must be some sort of review process before a new deal is signed.

It would essentially be an effort to ratchet up ambition by comparing and contrasting what countries had promised in the run up to Paris.

The idea, called an “ex-ante review”, is seen as very important by some, especially the European Union.

But developing countries including India are dead set against it.

They say it is an issue of sovereignty. Outside parties, they argue, should not have the power to review what countries commit to by themselves.

“We favour a transparent presentation of country issues, but we think that an ex-ante review next year would be an unnecessary effort,” said Mr Marcondes.

“It would detract from the main goal of reaching Paris with a new agreement.”

These divisions are all variants of long-running splits between richer and poorer nations that have existed in the UN talks for 20 years.

The climate debate has often been neutered by the depth of these differences. It had been hoped that the positive signals from the US, China and the European Union before the meeting would help bridge the gaps, but trust is still short on the ground.

The president of the meeting, Manuel Pulgar-Vidal from Peru, urged the parties to move forward as he indicated that through-the-night talks would be needed. 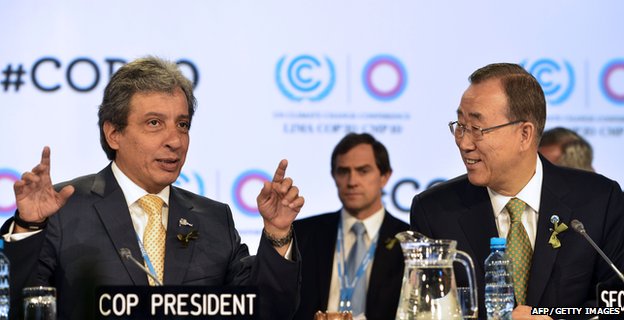 He told delegates they would not “leave Lima with empty hands”.

“We can deal with this problem and we can send a strong signal. Don’t leave me alone, we can work together. It won’t be me that thanks you, it will be the world.”

Earlier this week, Mr Pulgar-Vidal had said that he was looking forward to drinking a pisco sour with the delegations at 6pm on Friday when the talks are officially set to close.

Google moves engineers out of Russia