Memorial services are being held in Indonesia and other nations for the victims of the Indian Ocean tsunami on the 10th anniversary of the disaster.

In Indonesia’s province of Aceh – the worst hit area – Vice-President Jusuf Kalla led tributes to the dead at the Siron mass grave.

More than 200,000 people died when an underwater earthquake set off massive waves on 26 December 2004.

In Aceh’s capital, Banda Aceh, Mr Kalla thanked local volunteers and the outside world for helping Aceh recover from the tragedy. He also presented awards to ambassadors from the donor nations.

“Thousands of corpses were sprawled in this field” he said. “Tears that fell at that time… there were feelings of confusion, shock, sorrow, fear and suffering. We prayed.” 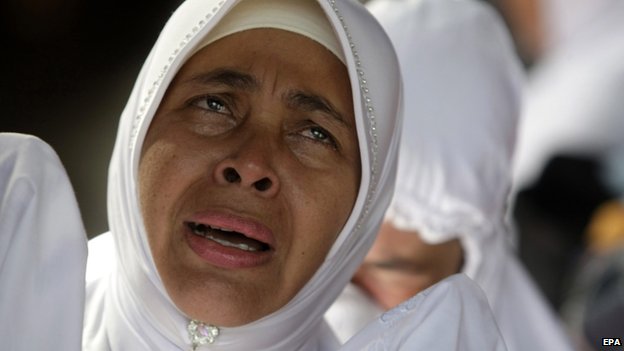 In Indonesia’s Aceh province, people prayed at a mass grave where many tsunami victims are buried 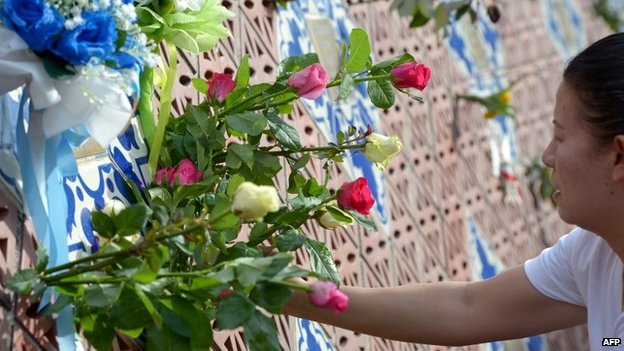 Thousands of Thais died in the disaster, along with hundreds of sun-seeking European visitors 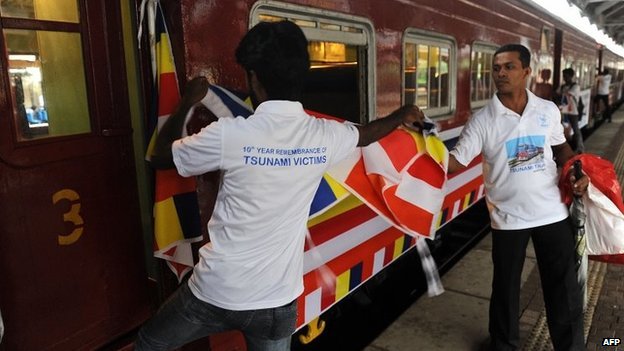 In Sri Lanka, the Ocean Queen Express – or the “tsunami train” – in which more than 1,700 people were killed has become a symbol of the tragedy

Earlier, thousands of people earlier gathered at the city’s Great Mosque – a 19th Century building that was one of the few structures in the town to survive the tsunami.

The mosque’s imam, Asman Ismail, said the tsunami had taught a “valuable lesson” to Aceh, which had been the scene of an armed conflict for nearly 30 years.

“After the tsunami, no-one fights against each other, people live in harmony and peace till this day,” he said.

Efforts to end the conflict resumed after the tsunami, culminating in a peace deal between the government and the rebels in August 2005.

In Thailand, people are marking the anniversary with a series of solemn events and religious rites throughout the day.

In the small fishing village of Ban Nam Khem, Phang Nga province, people have been laying flowers at a memorial wall displaying names of the victims.

The village was devastated by the massive waves.

Nearly 5,500 people died in Thailand, half of whom were foreign tourists. 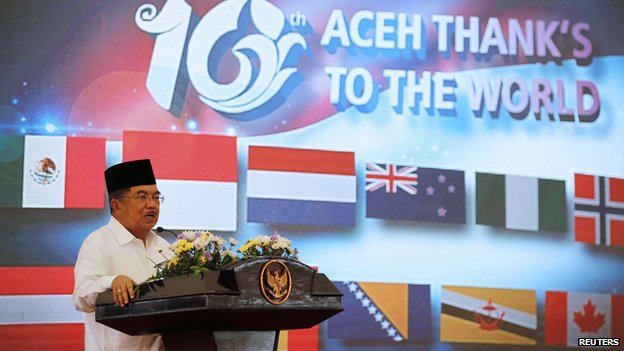 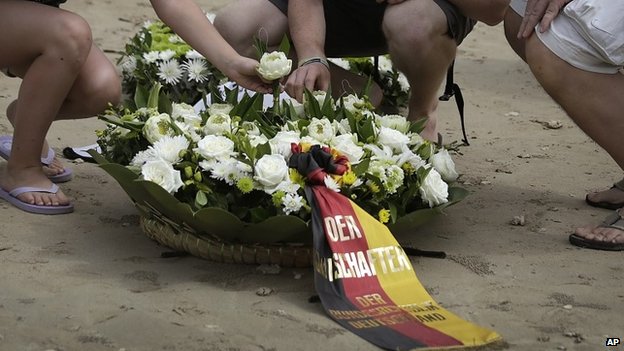 A commemoration and religious ceremony for German, Austrian and Swiss victims was held in Khao Lak beach in Thailand

In Sri Lanka, the Ocean Queen Express train – which has become a symbol of the tragedy for the nation – is at the centre of commemorative events.

The overcrowded train was hit by the tsunami south of the capital Colombo. More than 1,700 people died, in what was the world’s biggest rail disaster.

Survivors and relatives of those who died boarded the restored train carriage and headed to Peraliya, where the train was struck.

Sweden, which lost over 500 of its citizens in the disaster, will hold a memorial service in the Uppsala Cathedral later on Friday.

The strength of the quake off Indonesia’s coast – the biggest tremor in the world since 1964 – unleashed giant waves that rushed across the Indian Ocean.

Tsunami warning systems and emergency procedures have been implemented since the disaster to try to minimise casualties in the future.

Christmas lights are bad for you and the environment