[contextly_sidebar id=”rGQS0DBDKXHF1F4CrEDB0XEKkowJN7np”]A top al-Shabab militant, Zakariya Ahmed Ismail Hersi, has given himself up.

Mr Hersi, a leading figure in the militant group’s intelligence wing, is said to have surrendered to police in the Gedo region.

His decision to surrender comes months after Al-Shabab leader Ahmed Abdi Godane was killed in a US air strike.

Reports suggested Mr Hersi may have surrendered because of a dispute with al-Shabab members loyal to the former leader.

According to the BBC, Mr Hersi fell out with Godane last year and has been on the run ever since but he is still a powerful figure/

Police stormed a house Mr Hersi had been hiding in for six days, close to the border with Kenya, after receiving a tip off, the district commissioner of the town of El Wag told the BBC.

He said that although Mr Hersi had a pistol, he did not put up a fight. 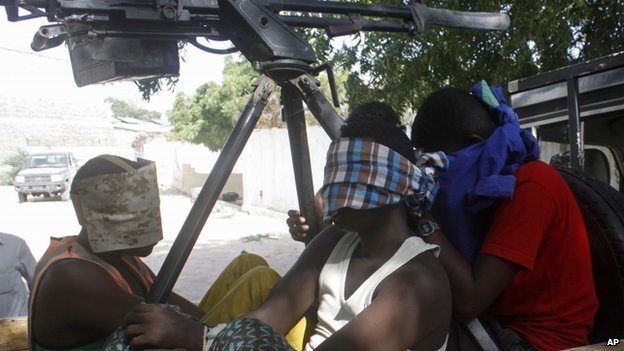