The prince and president spoke for around 20 minutes

The Duke of Cambridge has met US President Barack Obama at the White House as part of a three-day visit.

Prince William held talks with President Obama in the Oval Office, in advance of delivering a speech to the World Bank on wildlife crime.

During the speech, he described the illegal wildlife trade as “one of the most insidious forms of corruption and criminality in the world today”.

His wife, the Duchess of Cambridge, visited a New York children’s centre.

The couple arrived in New York on Sunday night, with the prince travelling to Washington alone on Monday.

At the White House, the prince joked with Mr Obama about the birth of Prince George, saying: “The excitement of the event and everything else was just chaos.”

He added that he expects a “busy year” in 2015, when Catherine is due to give birth to the royal couple’s second child.

BBC royal correspondent Nicholas Witchell said the prince had enjoyed access “most politicians can only dream about”. 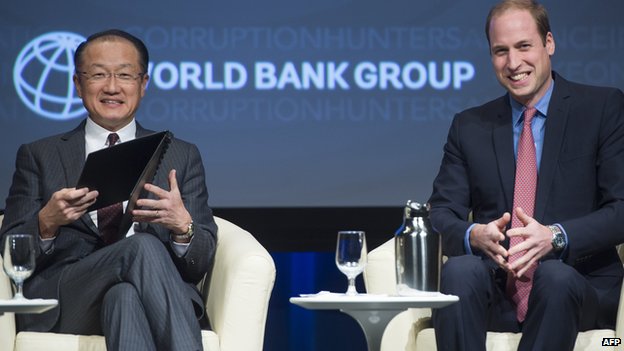 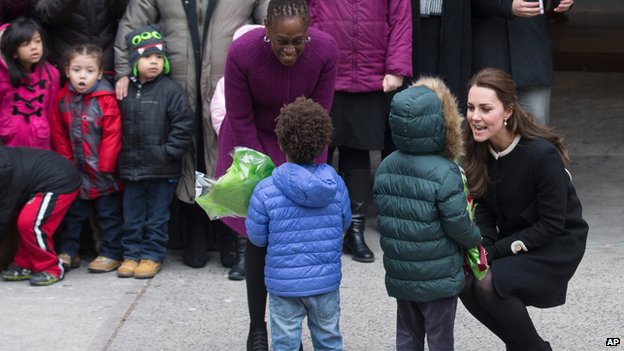 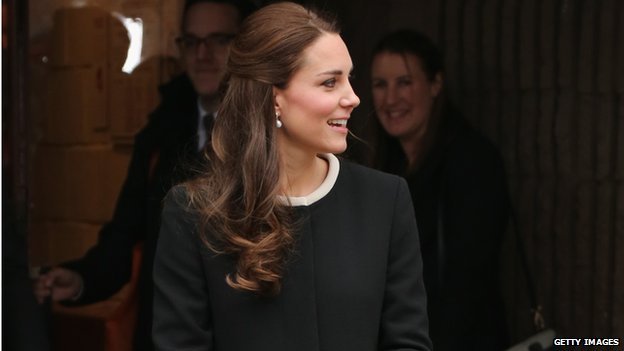 Catherine was greeted with cheers when she arrived 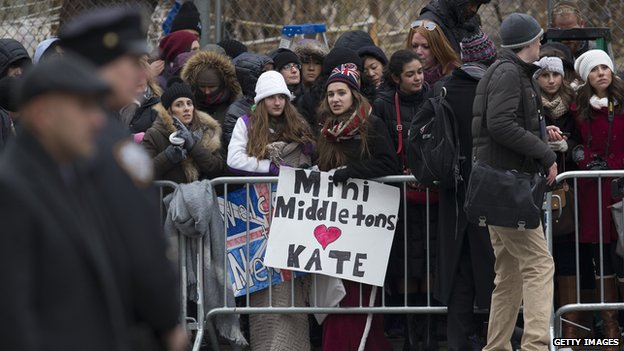 There has been “huge excitement” in New York, the British consul general in the city said

Later, in his speech at the World Bank, the prince said: “In my view, one of the most insidious forms of corruption and criminality in the world today is the illegal wildlife trade.”

He attacked those who “loot our planet to feed mankind’s ignorant craving for exotic pets, trinkets, cures and ornaments derived from the world’s vanishing and irreplaceable species”.

Prince William founded the umbrella organisation United for Wildlife to try to preserve the planet’s most endangered animals and habitats.

The prince has been the royal patron of Tusk since 2005. The charity supports projects in 17 African countries, aimed at protecting wildlife and alleviating poverty.

Before starting at St Andrews University, the prince went on a gap year, some of which was spent in Africa learning about its wildlife and game conservation.

Paying tribute to his father, the Prince of Wales, and his grandfather, the Duke of Edinburgh, he said: “They helped to bring about a revolution in attitudes towards our natural environment.”

He added: “From them, I learned that our relation to nature and wildlife goes to the heart of our identity as human beings. From our sheer survival, to our appreciation of beauty and our connection to all other living things.

“Seen in this light, the extinction of any of the world’s species of animals is a loss to all humanity.”

He said wildlife crime “goes to the heart of our security”, “distorts economic development” and “fuels sources of conflict”.

She was greeted with cheers from well-wishers when she arrived at the centre, which provides educational and mental health services to children and families.

Some of the youngsters believed Catherine was Princess Elsa from the hit animated movie Frozen.

Rose Ann Harris, director of early childhood services, said: “When they heard she was coming they thought it was Elsa – we said a princess and they got a princess.”

Later, the couple will attend an NBA basketball match.

Ahead of the visit, Danny Lopez, the British consul general in New York, said there had been “incredible interest” in the royal couple.

He said there was “huge excitement” from people in the city.

On Tuesday, the duke and duchess will visit the 9/11 Memorial Museum and a New York youth organisation.

The visit will end with a University of St Andrews 600th anniversary dinner at the Metropolitan Museum of Art.