New Blackberry ‘back to its roots’

Blackberry has launched what it calls a “no-nonsense” smartphone, the Blackberry Classic.

The device has a full “Qwerty” keyboard, resembling the design which made Blackberry a market leader before it was overtaken by competitors.

Analysts said the firm was going “back to its roots” in order to appeal to business customers.

But some warned that while this tactic would help retain business, it might not attract new users.

“This is more about avoiding more people leaving than necessarily winning many over,” said Carolina Milanesi, an analyst for Kantar Worldpanel.

“I have a hard time thinking that people who grew up on touch[screens] will see this as an exciting ‘retro’ trend and embrace it.”

The Classic has an eight-megapixel camera on its reverse and, as well as the physical keyboard, the device can be controlled via its 3.5-inch touchscreen.

Blackberry has had a challenging year, albeit one showing at least some positive signs for the company formerly known as Research in Motion.

News in March of annual losses of $5.9bn (£3.5bn) highlighted the company’s slip from being a major smartphone player.

However, after significant cost-cutting, and with higher profit margins, the company was able to overcome a drop in revenues to post a profit of $23m (£14m) for the three months to the end of March 2014.

More recently, the company impressed technology enthusiasts with the Blackberry Passport, a distinctive smartphone which, like the Classic, made use of a physical keyboard. 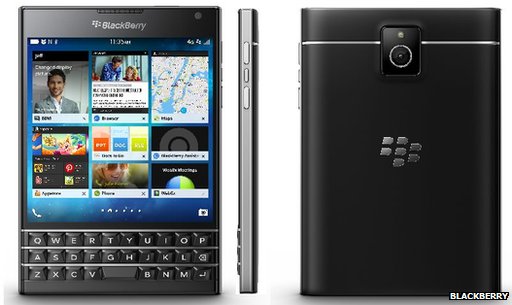 “Knowing your strengths and recognising your weaknesses could be Blackberry’s way back from the brink,” said Rob Kerr, mobiles expert at Uswitch.com.

“Like its Passport phone, the mobile maker has gone back to its roots with the Classic – furnishing it with the physical keyboard that so many appreciate in the touchscreen era.

“Keyboard phones were always its strong point and this true return to form hails back to Blackberry’s glory days.

“Although this handset is unlikely to capture the once strong youth market, businesses might once again come back to the fold.”

He added: “By bringing back the trusted functionalities, incorporating our latest operating system and building a speedier browser, our users can feel confident they are using the best communications tool out there.”

Doctor’s tips: How to stay healthy this yuletide