Ms Lauten earlier criticised Sasha and Malia Obama on Facebook following their appearance in short skirts at a Thanksgiving ceremony.

She later took down the post and apologised for her “hurtful words”.

Ms Lauten had also accused the two teenagers of looking bored when they stood with their father at a traditional turkey pardoning event at the White House. 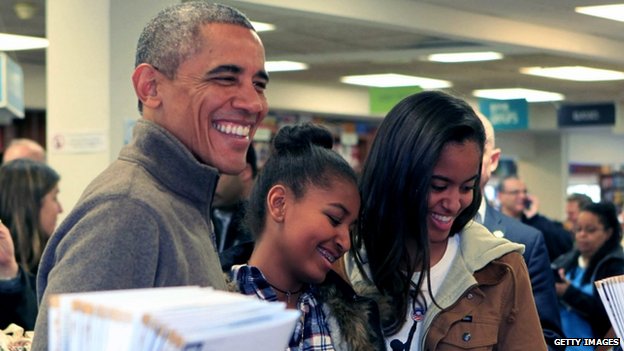 While most commentators reported humorously on what they saw as the uninterested expressions of Malia, 16, and Sasha, 13, throughout the ceremony, Ms Lauten was notably more outspoken.

Her deleted post reads: “Dear Sasha and Malia: I get you’re both in those awful teen years, but you’re a part of the First Family, try showing a little class. At least respect the part you play.

“Then again, your mother and father don’t respect their positions very much, or the nation for that matter. So I’m guessing you’re coming up a little short in the ‘good role model’ department.”

The post goes on to advise the girls to “rise to the occasion and act like being in the White House matters to you”.

“Dress like you deserve respect, not a spot at a bar,” she added. 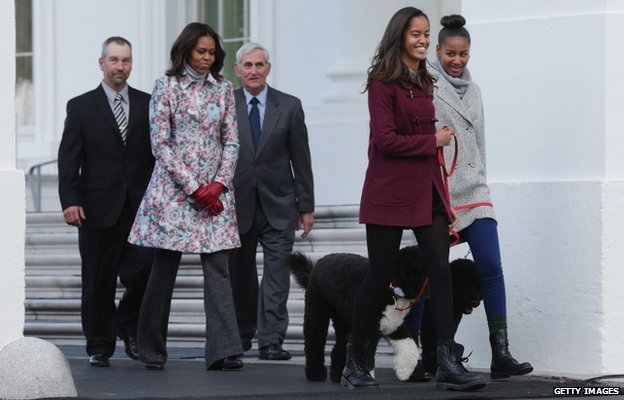 In her subsequent apology, Ms Lauten wrote: “After many hours of prayer, talking to my parents, and re-reading my words online I can see more clearly just how hurtful my words were.

“I’d like to apologise to all of those who I have hurt and offended with my words, and I pledge to learn and grow (and I assure you I have) from this experience.”

She pointed out that she “had judged the two young ladies in a way that I would never have wanted to be judged myself as a teenager”.

Sasha and Malia are among the youngest presidential children at the White House for years.

Their parents have strived to protect them from media attention as they go to school, play sports and socialise.