Scientists at Google have created artificial intelligence software that can describe the contents of photographs far more accurately than ever before.

The software’s description of pictures was similar to that written by a human.

As well as making it easier to search for images, the software could be used to help blind people understand pictures better, Google said.

Stanford University has also announced a breakthrough in the same field.

The machine-learning software developed by Google used two neural networks – one which deals with image recognition, the other with natural language processing. 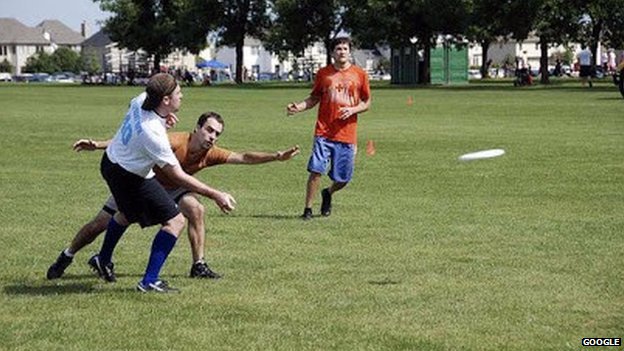 Software description: A group of young people playing a game of frisbee

Neural networking is a computational model that mimics some of the same architecture used in the brain. Such systems have a series of interconnected neurons which can take information from a variety of sources and are also capable of learning.

“A picture may be worth a thousands words,” they wrote on the Google Research blog.

“But sometimes it’s the words that are the most useful – so it’s important we figure out ways to translate from images to words automatically and accurately.”

Two years ago Google researchers created image-recognition software and showed it 10 million images taken from YouTube videos. After three days the programme had taught itself how to pick out pictures of cats.

Benefits of dating someone who isn’t ‘your type’