Emir of Kano calls Nigerians to arms over Boko Haram

One of northern Nigeria’s most influential Muslim leaders has called on people to defend themselves against attacks by the Boko Haram militant Islamist group.

The Emir of Kano, Muhammad Sanusi, said residents should not expect soldiers to protect them from “terrorists”.

The Emir, who until earlier this year was governor of Nigeria’s central bank, made the comments at a prayer meeting.

The BBC’s Will Ross, in Nigeria, says such an intervention is very unusual.

Jihadists from Boko Haram continue to cause havoc in parts of north-east Nigeria, capturing towns and villages where they have been imposing their own strict interpretation of Islamic law.

The Emir, who was an outspoken critic of the government when he was a banker, said people should not be afraid of the militants and should acquire whatever they needed to defend themselves.

Our correspondent says that although the Emir did not refer to Boko Haram by name, it was highly unusual for such an influential figure to suggest people should arm themselves against the group.

He says it is a sign of just how desperate the situation in north-east Nigeria has become.

Over the weekend a local vigilante group helped the military recapture the town of Chibok which Boko Haram had seized 48 hours earlier.

The group, which says it is fighting to create an Islamic state in Nigeria, has repeatedly targeted villages in Borno state in recent months.

There are reports of many Boko Haram members being killed in Sunday’s raid. 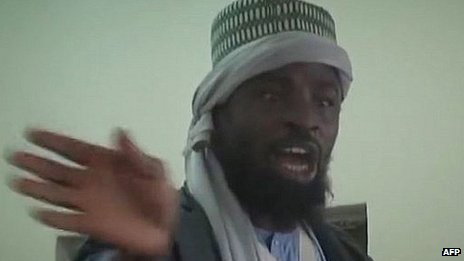 10 problems only girls with long hair will understand