Mohammed Abu Shamala, Mohammed Barhoum and Raed al-Attar died in the attack near the southern town of Rafah.

They were among at least 19 killed, a day after Hamas’s military chief Mohammed Deif reportedly survived a strike that killed his wife and child.

An Israeli was severely injured as rockets were fired into Israel on Thursday, the army said.

Israel has vowed to pursue its campaign until “full security” is achieved.

Six weeks of fierce fighting have left at least 2,103 people dead, all but 67 of them Palestinians and most of them said to be civilians. 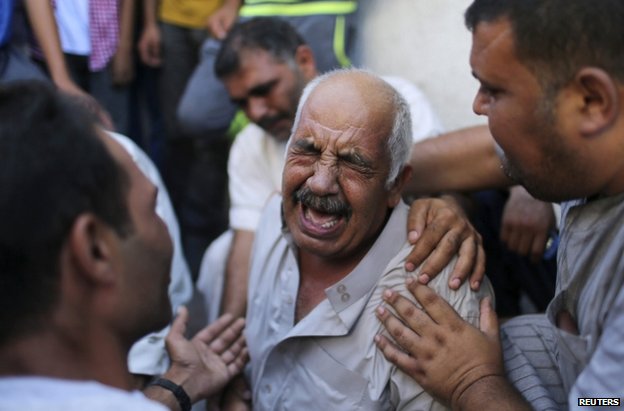 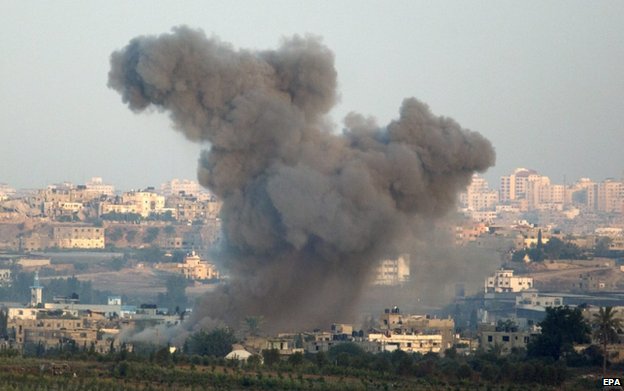 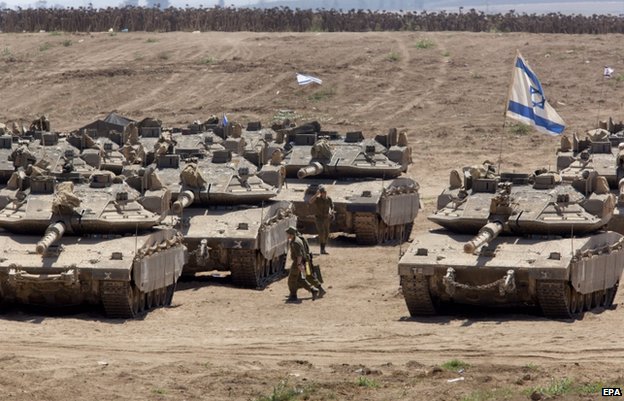 Israeli tanks near the Gaza Strip 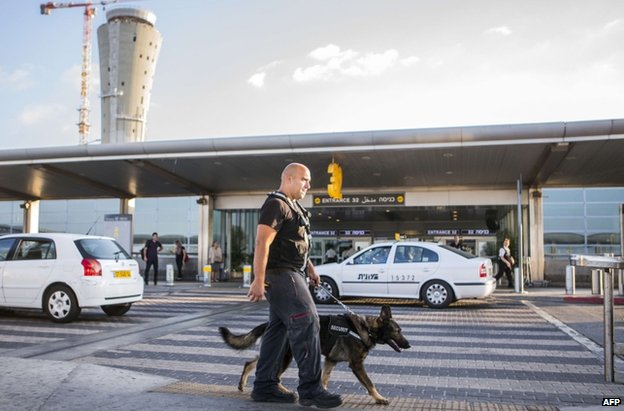 Israel’s strike on Rafah demolished a four-storey building, killing at least three people in addition to the Hamas leaders.

Local man Hamza Khalifa told AP news agency there had been no warning: “We only heard multiple F-16 [warplane] missiles, one after the other, six or seven missiles.”

Israeli Prime Minister Benjamin Netanyahu praised the “superior intelligence” of the domestic Shin Bet security service and the “precise execution” of the attack.

The three commanders killed were key to operations including smuggling, tunnel construction and capturing the Israeli soldier Gilad Shalit in 2006, the BBC’s Yolande Knell reports

“The assassinations of the three Qassam [Hamas military wing] leaders is a grave crime,” Hamas spokesman Sami Abu Zuhri told Reuters news agency. “But it will not break our people and Israel will pay the price for it.”

Israel’s military said it had carried out 20 attacks on targets in Gaza during the night in response to militant rocket attacks. Since talks on extending the ceasefire failed, 213 rockets had been fired at Israel, it added.

In another development, Hamas warned foreign airlines to stop flying to and from Tel Aviv’s Ben Gurion Airport from Thursday.

Hamas also confirmed it was abandoning efforts to negotiate a durable ceasefire with Israel.

Palestinian representative to the UN, Riyad Mansour: “We are still willing and ready to resume the efforts in Cairo and it is the Israeli side that has taken this option”

It had gone to the talks in Cairo demanding an end to the Israeli and Egyptian blockades of Gaza, and the establishment of a seaport and airport.

Israel, for its part, had sought guarantees that Hamas and other factions in Gaza would be disarmed.

The UN Security Council voiced “grave concern” at the resumption of hostilities and “called upon the parties to resume negotiations to urgently reach a sustainable and lasting ceasefire”.

The real reason rejection hurts so much