Some witnesses refused to testify at the televised trial of Oscar Pistorius because of the publicity, the South African athlete’s lawyer has said.

They did not want “their voices all over the world”, Barry Roux told the court as his team ended its case.

The court has now adjourned until 7 August for closing arguments.

The Olympic sprinter denies intentionally killing his girlfriend on Valentine’s Day last year, saying he mistook her for an intruder.

The prosecution accuses the double amputee of deliberately shooting dead Reeva Steenkamp after the pair had an argument. 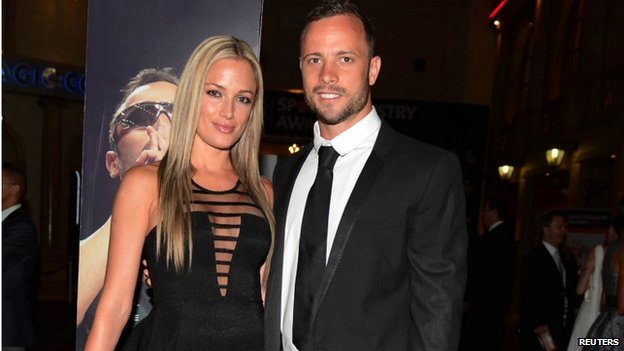 Although Oscar Pistorius’ legal team revealed that some witnesses had refused to testify, it is unlikely to harm the athlete’s defence, as this has always hinged on his testimony and that of experts.

The world heard chilling details of Reeva Steenkamp’s last moments when he took the stand in April. Since then his team has sought to show that the shooting was a tragic accident. Their experts led evidence on his mental state and how his disability had shaped him.

There emerged a picture of “two Oscars”: The incredibly talented Paralympic runner and a self-conscious man acutely aware of his vulnerability. His lawyers argue it is this fear that was behind the sequence of events that would see Ms Steenkamp lying lifeless in her boyfriend’s home on Valentine’s Day last year.

But the prosecution believes it has done enough to show that Mr Pistorius was trigger-happy and driven by jealousy; a man who shot the model knowingly and with intent.

The trial, which began on 3 March, is the first in South Africa to be broadcast live on TV and has attracted intense global attention.

Mr Roux told the court in the capital, Pretoria, that the defence, which began its presentation on 28 March, had no more witnesses to call.

He said he had chosen not to ask Judge Thokozile Masipa to make them appear, the Associated Press news agency reports.

“There’s nothing that we can do about it,” he said.

He did not name the witnesses who had refused to testify.

• Defence to file its written argument by 4 August

There are no juries at trials in South Africa, so the athlete’s fate will be decided by the judge, assisted by two assessors.

Both the prosecution and defence teams must submit their written arguments Judge Masipa before the trial resumes in August.

She warned that these documents should not be leaked before the arguments were put forward in court.

If found guilty of murder, the 27-year-old, who went on trial on 3 March, could face life imprisonment.

If he is acquitted of that charge, the court will consider an alternative charge of culpable homicide, for which he could – if convicted – receive about 15 years in prison.