How women are watching the World Cup

Football has traditionally been a male preserve — but no more, according to a U.S. academic who says social media is helping grow women’s interest in the sport.

Facebook statistics show female interest in teams considered World Cup underdogs — such as Iran, Colombia, the U.S and Costa Rica — is well over 40% in the number of posts mentioning those countries. 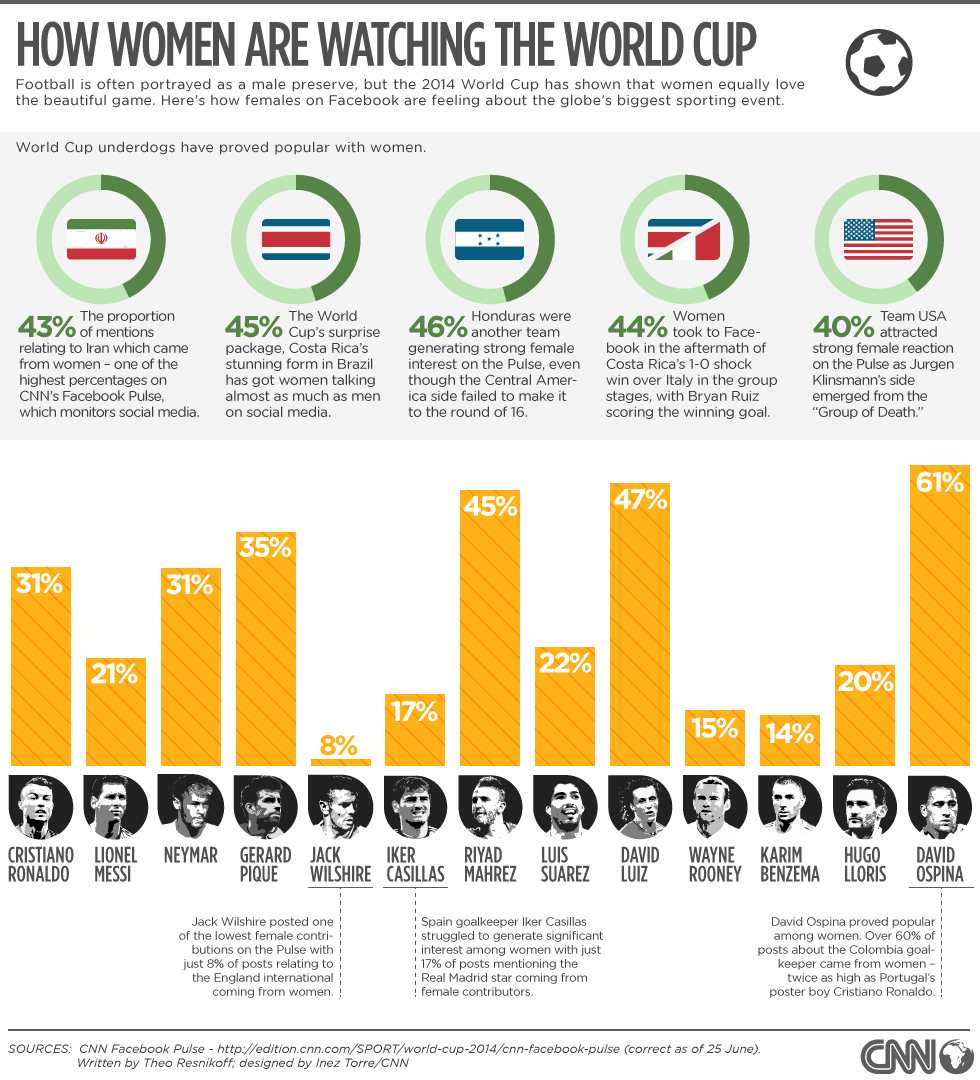 Iran received over 472,927 social mentions, with 43% of those coming from women, while of the 3.25 million mentions relating to Costa Rica, 46% were from female contributors.

“The additional attention that social media has given the sport offers women additional outlets to access the tournament that they may not have traditionally had”, says Stacy Torres, a doctoral student in Sociology at New York University.

“Now women can follow the games more independently with social media and unprecedented streaming options,” added Torres, an avid Chile fan who has written about the experience of being a Chile fan at the World Cup for New Republic.

Of the people talking about Costa Rica’s 1-0 surprise win over Italy in the group stages, 44% of them were women, while Colombia goalkeeper David Ospina has over 27,487 mentions on social media, with 61% of them women.

Chile’s success in the World Cup — the South Americans were regarded as unlucky to go out in the last 16 stage after Brazil’s penalty shootout win — has arguably also shown the cultural significance of the tournament.

“This is what the World Cup is about,” said Torres. “My father has taught me how to relish Chile’s flair, energy and heart. Today we feel sad and disappointed but not defeated. For us, they’ve already won.”