Peter Greste, Mohamed Fahmy and Baher Mohamed were sentenced to between seven and 10 years in jail after being found guilty of aiding a “terrorist group”.

Mr Sisi was quoted by the al-Masry al-Youm newspaper late on Sunday as saying the trial had “very negative effects”.

His remarks received a mixed response from the journalists’ families.

Al-Jazeera said it defied “logic, sense and any semblance of justice”.

At a meeting with local journalists on Sunday, President Sisi sought to counter claims that the case had been politically motivated.

“The verdict issued against a number of journalists had very negative effects; and we had nothing to do with it,” he said, according to al-Masry al-Youm. “I wished they were deported immediately after they were arrested instead of being put on trial.” 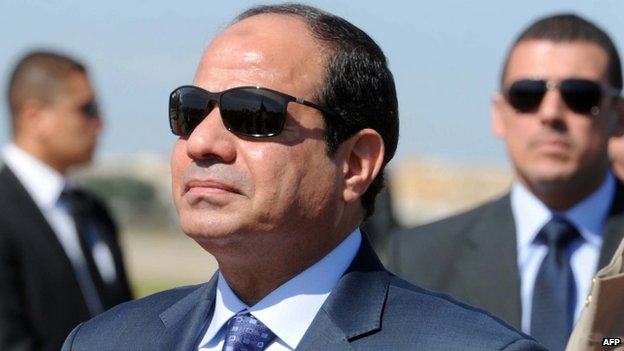 The president’s initial reaction was to distance himself from the case and insist he would not interfere with the judiciary. His latest remarks will therefore raise hopes that he might issue pardons to set the journalists free, reports the BBC’s Sally Nabil in Cairo.

However, under Egyptian law this can only happen after the appeals process has ended, which could take months, our correspondent adds.

Greste, an Australian former BBC correspondent, Fahmy, a Canadian-Egyptian who was al-Jazeera English’s Cairo bureau chief, and Mohamed, an Egyptian producer, were arrested in December.

They were accused of aiding the Muslim Brotherhood following the military’s overthrow of President Mohammed Morsi by providing it with a media platform and equipment. The Egyptians were also accused of belonging to the outlawed Islamist movement.

The journalists dismissed the trial as a “sham”, complaining that they were “hostages” in a political battle between Egypt and Qatar, which owns al-Jazeera and supports the Brotherhood.

However, they were found guilty on 23 June. Greste and Fahmy were sentenced to seven years in prison, while Mohamed received an additional three years for a separate weapons possession charge.

Four media students were also handed seven-year prison terms, and three other foreign journalists were sentenced to 10 years in absentia. 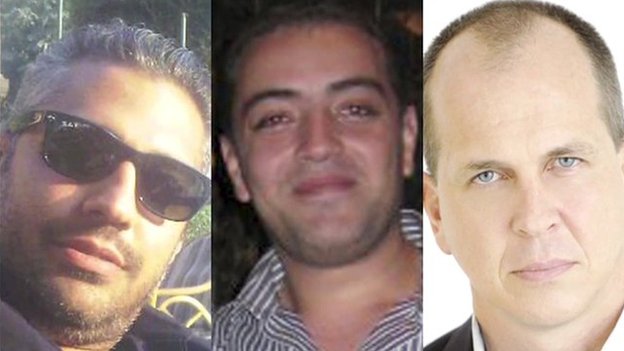 Who are the al-Jazeera journalists on trial in Egypt?

“I’m sure images of Peter in the cage in the court are not images Egypt really wants distributed around the world,” he told reporters in Brisbane.

“I’d like to think that there’s things happening at all levels… and everyone can talk about it and seek an amicable solution,” he added.

“This could be a positive indication that something might be worked out,” he told the BBC over the phone from Kuwait.

“We hope the president’s generosity could lead him to find a solution to this unique case.”

But Mohamed’s father, Hazem Ghurab, told the BBC that Mr Sisi’s remarks were “a farce”, adding: “What would you expect from the man who killed many people and felt no remorse?”

Mr Sisi was declared president after an election last month that was boycotted by the Brotherhood and many secular activists.